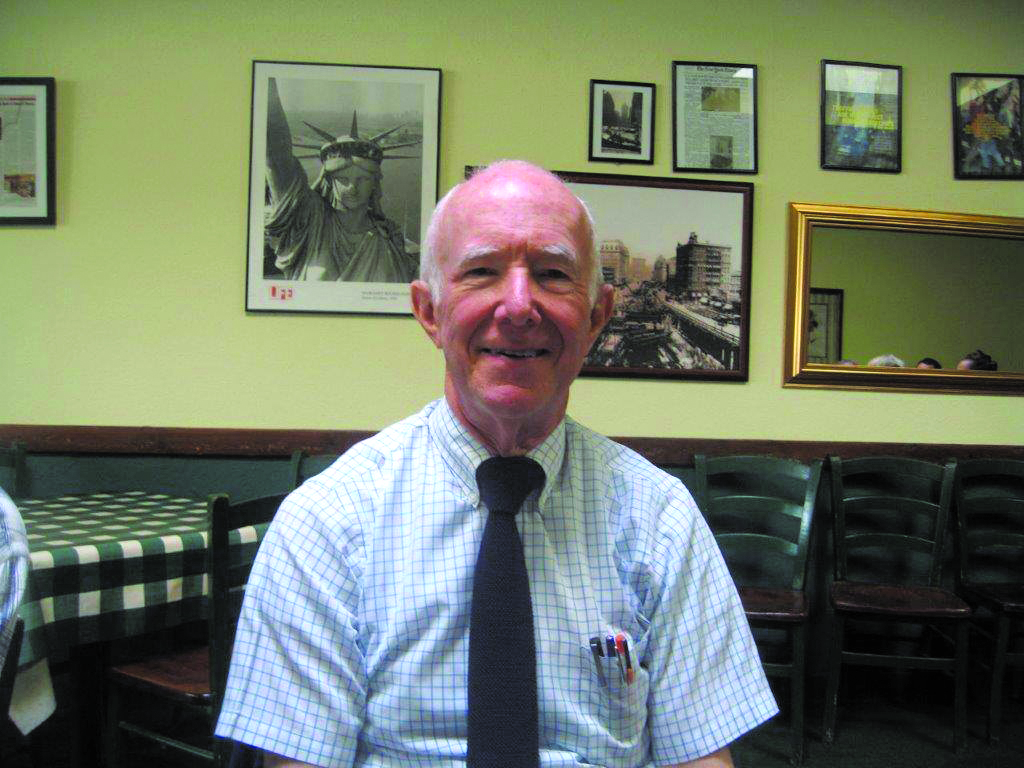 I can’t say enough great things about this man. He was a mentor to many in this organization. He’s a walking encyclopedia and was as sharp as a tack.

Many times when a staff person was assigned to conduct a City facility refurbishment or needed to find an archived plan, they would ask and he would have an answer.

A Korean War veteran, Frank entered government service in the 50s, worked for LADOT from the 60s until 1980, then joined the Santa Monica team. He obtained his Master’s in Civil Engineering from UCLA in 1968, and fully utilized his knowledge, skills, and experience in service to this community. He worked for several City departments, including the airport, Big Blue Bus, and eventually to the traffic management division in PCD. He’s been the backbone of that department as he tutored many planners, analysts, and engineers on project delivery and good safe design.

He was a fully deputized reserve deputy Sheriff officer and served in that capacity through 2017.

He’s been a staple of the Southern California branch of the Institute of Transportation Engineers for over five decades. He was presented the ITE classic engineer award in 2016.

His plan was to never retire. Frank cared deeply not only about the work, but also the people. He hosted an annual holiday party for his colleagues for over 25 years in a row and was always asking us about our spouses, partners and children. This extended to members of the public as well and there are countless people in the community who developed strong bonds with him.

We will dearly miss him and his contributions to the City and residents of Santa Monica. City Council adjourned their April 24 meeting in his memory.