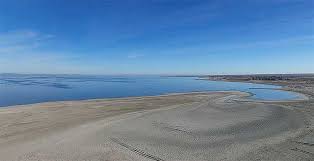 Very rightly, the focus in this ongoing California primary election season is on candidates for offices from Congress to the governor’s office in the state Capitol’s “Horseshoe” suite.

This spring’s ballot also features five significant propositions, and if voters overlook them, they may come to rue the inattention.

No, the spring propositions (no initiatives here) are not as sexy as what the fall ballot will bring, with heated campaigns upcoming on everything from gasoline taxes to carving California into three states and an attempt by paint companies to make taxpayers bail them out of liability for cleaning up problems caused by lead in their products.

That timing is by Democratic Party design: The party’s legislators three years ago adopted a law putting all initiative propositions – those making the ballot via voter signatures – into the November general election, with none contested in the primary. Their thinking was (still is) that general elections bring out many more voters than primaries, giving liberal causes a better chance in the fall.

Propositions placed on the ballot by the Legislature still go to the primary ballot. So we now face five measures lawmakers want passed.

Voters might hesitate over at least some. Take Prop. 70, the product of a political deal allowing the state’s cap-and-trade program to continue long after its previous expiration date last year. In this system, the state auctions off to corporations a limited number of permits to produce greenhouse gas pollutants, sometimes collecting more than $3 billion a year.

The money is supposed to be used for reducing the same kinds of gases in other places, but some cash has lately been diverted to the ongoing bullet train project and other causes. In order to get cap-and-trade extended to 2030, Gov. Jerry Brown and Democrats agreed to require two-thirds legislative majorities after 2024 in deciding whether to spend that money and on what.

That compromise flies in the face of an earlier initiative that did away with the prior two-thirds-majority requirement for passing state budgets. If a majority vote is good enough to decide on spending the many more billions of dollars in the general fund budget, why require a supermajority for this one cash source?

Despite its support from Brown and the state Chamber of Commerce, this deal makes little sense and voters may want to nix it.

There’s also Prop. 68, a $4-billion parks and water quality bond measure including $200 million for restoration of the Salton Sea in the state’s southeastern corner. California’s largest lake, a product of a 1905 flood on the Colorado River, the Salton Sea has evaporated gradually since San Diego’s water agency stopped supplying it early this year. That is causing new levels of dust pollution in the air of the Imperial Valley and threatens the habitats of hundreds of migratory bird species.

Creating ponds and channels around that lake to control dust is just one of many projects in this proposed bond; others include $370 million for ground water recharges, $725 million for parks in neighborhoods that now have few, $218 million for state park restoration and $443 million for “climate preparedness.”

Voters usually go almost automatically for water bonds, but may hesitate this time after watching the state Water Commission take years to fund projects using money from a prior bond passed in 2014.

Many will see the other three measures on this ballot as virtual no-brainers. Prop. 69 would confine use of new transportation tax revenues, including gasoline taxes, only to transportation.

These funds have occasionally been diverted elsewhere, infuriating some. Similar propositions have passed previously, but are sometimes circumvented.

The simplest proposal here is Prop. 71, which sets the effective date for all winning ballot measures five days after election results are certified, usually about month after Election Day. There is no substantial opposition to this one.

All of which adds up to a proposition list that includes a few relatively minor measures, but also a couple that require significant decisions.