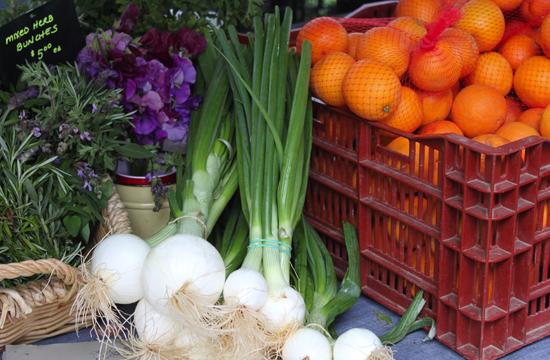 It is, quite simply, not within California’s power to rid its own food and fields – let alone all of America’s fields – of a pesticide derived from chemicals developed as a nerve gas by Nazi Germans who used them to fatally gas Jews, gypsies and others they crammed into airtight mobile vans before and during World War II.

That’s why it was important for California Atty. Gen. Xavier Becerra to intervene in a federal lawsuit aiming to force the federal Environmental Protection Agency to make a required safety finding (more likely, a finding that the chemical is unsafe) in a case that has dragged on more than half a decade.

As Barack Obama left office, the EPA appeared about to issue such a ruling on chlorpyrifos, an organophosphate used on crops as diverse as nuts, apples, broccoli, melons, citrus, corn and soybeans.

After almost 10 years of delay, the EPA in late 2015 proposed a rule banning even slight residues of chlorpyrifos on food because of safety concerns. Less than 18 months later, after President Trump had been in office only about two months, his EPA administrator, Scott Pruitt, abruptly reversed course, ended the rulemaking process and issued an order in effect leaving alone the existing standard for acceptable levels of the pesticide in food. Neither he nor anyone else has gone so far as to find the substance safe.

It may be politically smart and opportune for Becerra to involve California in the ongoing case to force action by Pruitt, whose decisions so far have universally favored big business over consumers, and never mind safety. Even for essentials like drinking water.

Sure, Becerra prides himself on filing lawsuits seemingly every week to challenge Trump administration actions, billing himself as a leader of the “resistance.” Staying in the news that way gives him an advantage over primary election competitors like current state Insurance Commissioner Dave Jones, a fellow Democrat, and retired Judge Steven Bailey, a Republican.

But there is little doubt about chlorpyrifos. It’s unsafe. A detailed 2016 study by an independent group of academic scientists found that “Children…are at an unacceptably high risk of neurodevelopmental disorders that affect the brain and nervous system, including autism, intellectual disabilities and…behavioral disabilities.” The nerve gas derivative can lead to lower IQ, attention deficit disorders and childhood tremors, just to name a few deleterious effects.

The Obama EPA’s proposed rule recognized this, finding chlorpyrifos adversely affects brain development. Might the chemical be one reason for the current seeming epidemic of ADHD? In any case, if this pesticide is used on orchards, it’s a safe bet that an apple a day will no longer keep the doctor away.

It’s not that farmers have to use chlorpyrifos, either. Some have voluntarily shifted to another family of insecticides known as neonicitinoids. One problem with those products, though, is that they are harder on bees than chlorpyrifos, even while they are easier on humans.

“Pruitt is not above the law,” said Becerra. “He has a legal responsibility to make a safety (or unsafety) finding… He must be held accountable. The stakes are high for our state and states across the country.”

That seemed clear from a 2016 finding by the Obama-era EPA, which held there is no safe use of chlorpyrifos. A scientific panel of California’s Office of Environmental Health Hazard Assessment last winter voted unanimously to place the chemical on the list of dangerous substances under the 1986 Proposition 65.

Prop. 65 warnings are common on gasoline pumps and tanker trucks, but might someday have to be placed on the produce bins of supermarkets if use of this substance is not outlawed. That’s because California farms now use about 1 million tons of it yearly on crops, about one-fourth of the national total.

The bottom line: It’s high time California rids itself of this highly hazardous pesticide, tainted origins and all. But that won’t happen without EPA action. Which justifies the Becerra move to help force an EPA ruling, even if there’s unquestionably some political motivation behind it.