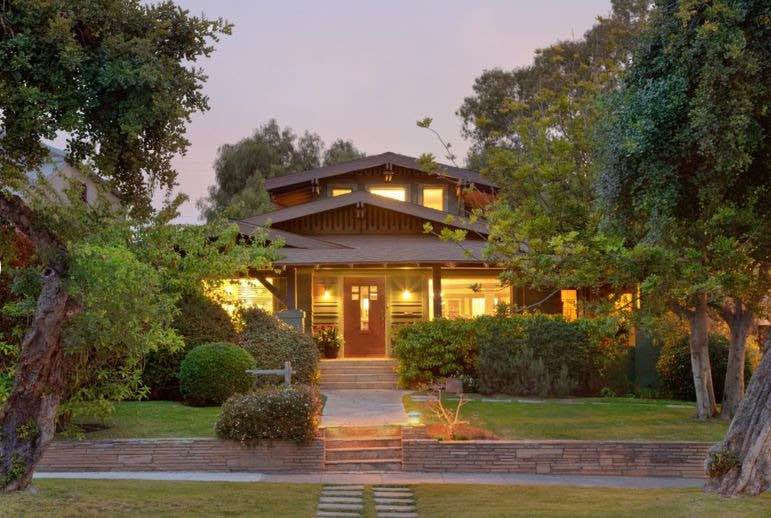 From the conservancy: The 1912 aeroplane Craftsman bungalow in Santa Monica will be on display at the Santa Monica Conservancy‘s Annual Fundraising Salon on Sunday, June 10, from 3-5 pm. Exquisitely restored, this landmark north of Montana Avenue is a rare variant of Craftsman design in Santa Monica, featuring a small second story that resembles the cockpit of an antique aircraft.

When owners and hosts Anitra and Alan Eskovitz purchased the house in 2013, all the woodwork had been painted white, the floors were sagging and the original wiring was still in use. Inspired by Craftsman bungalows in Pasadena, they studied Craftsman architecture and gave the house new life by making extensive structural improvements as well as architectural restoration of the main rooms, which alone took a full year to complete. The Conservancy presented the Eskovitzes with a preservation award in 2017.

Attendees will tour the bungalow and hear the Eskovitzes describe their project. A full spread of appetizers and wine will be served. Proceeds from this annual event are critical to the Conservancy’s mission and programs. Salon sponsors include Mike Deasy of Deasy & Penner and Bjorn Farrugia of Hilton & Hyland. Tickets are $150 for Conservancy members; $175 for the public. Register online by June 5 , or mail a check with your name, email, phone number, address and the number of tickets you’d like to purchase to the Santa Monica Conservancy at P.O. Box 653, Santa Monica, CA 90406.