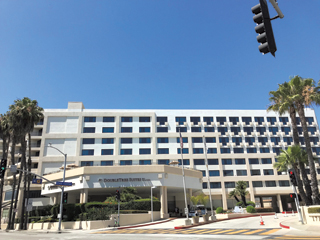 Ballot initiative would reduce the City’s power over development.

Santa Monica voters will be asked in November to choose how much control Santa Monica City Council has over new developments under a voter initiative approved by the Council on Tuesday, June 26.

The initiative would require a supermajority approval by City Council for any projects within either the Land Use and Circulation Element (LUCE) or Downtown Community Plan (DCP) that would exceed the existing height or floor area ratio limits specified in the City’s zoning code. Exempt from this supermajority requirement would be 100 percent Affordable Housing Projects and developments on property owned by the Santa Monica-Malibu Unified District (SMMUSD).

“This is to let the community affirm along with the council that having worked for years and years on LUCE and the Zoning Code that we will stick to that plan,” said Councilmember Kevin McKeown. “Most of the developments that have caused great consternation in our community were passed on 4-3 votes. If we can avoid that for 10 years I think it is worth doing. And I think it certainly worth giving the voters of Santa Monica an opportunity to vote on this proposal.”

The LUCE and the DCP govern maximum height and density for new developments in the city. Currently, any project that exceeds these limits has to be approved by City Council by a simple majority. If approved by voters in 2018, the supermajority requirement in this proposal would reduce the City’s ability to approve large development projects until the initiative’s expiration on November 6, 2028.

City Council approved the initiative by a 4-2 margin, with Mayor Pro Tem Gleam Davis and Councilmember Terry O’Day voting in opposition. Both expressed concern about how the proposal, if passed by voters, would impact the City’s Charter.

“Our charter is the effective constitution for this city. You don’t put pilot programs or experiments in your constitution,” Davis said. “Reaching into the future and affecting future Councils’ ability to take action is not appropriate.”

Both O’Day and Davis also expressed concern that the initiative would needlessly make development a topic in the 2018 election.

“Every couple of years, some nonsensical election-year political manipulations around development show up and this is the latest one. This really I think is nonsensical because it has no place in the City Charter. Nowhere else do you find something like this and we are really going out on a limb on this one,” O’Day said.

In addition to exemptions for 100 percent Affordable Housing Projects and projects on SMMUSD property, a supermajority vote would not be required for certain projects around Bergamot Station, Providence St. John’s Health Center, Santa Monica UCLA Medical Center and the Civic Center. A vote for a project covered by this initiative could only take place when all eligible members of City Council are present.

The SMMUSD exemption is significant because of the DoubleTree Suites hotel on 4th Street which is on property owned by the school district. This means that future developments to this property that exceed City limits would not have to be approved by a supermajority in City Council. Councilmember McKeown, who works for SMMUSD, had to recuse himself from Tuesday’s vote because of this conflict of interest. McKeown initially had supported a version of the proposal that did not include the SMMUSD exemption. Concern that this would diminish SMMUSD’s ability to raise funds led the Council amended the initiative to include the exemption.