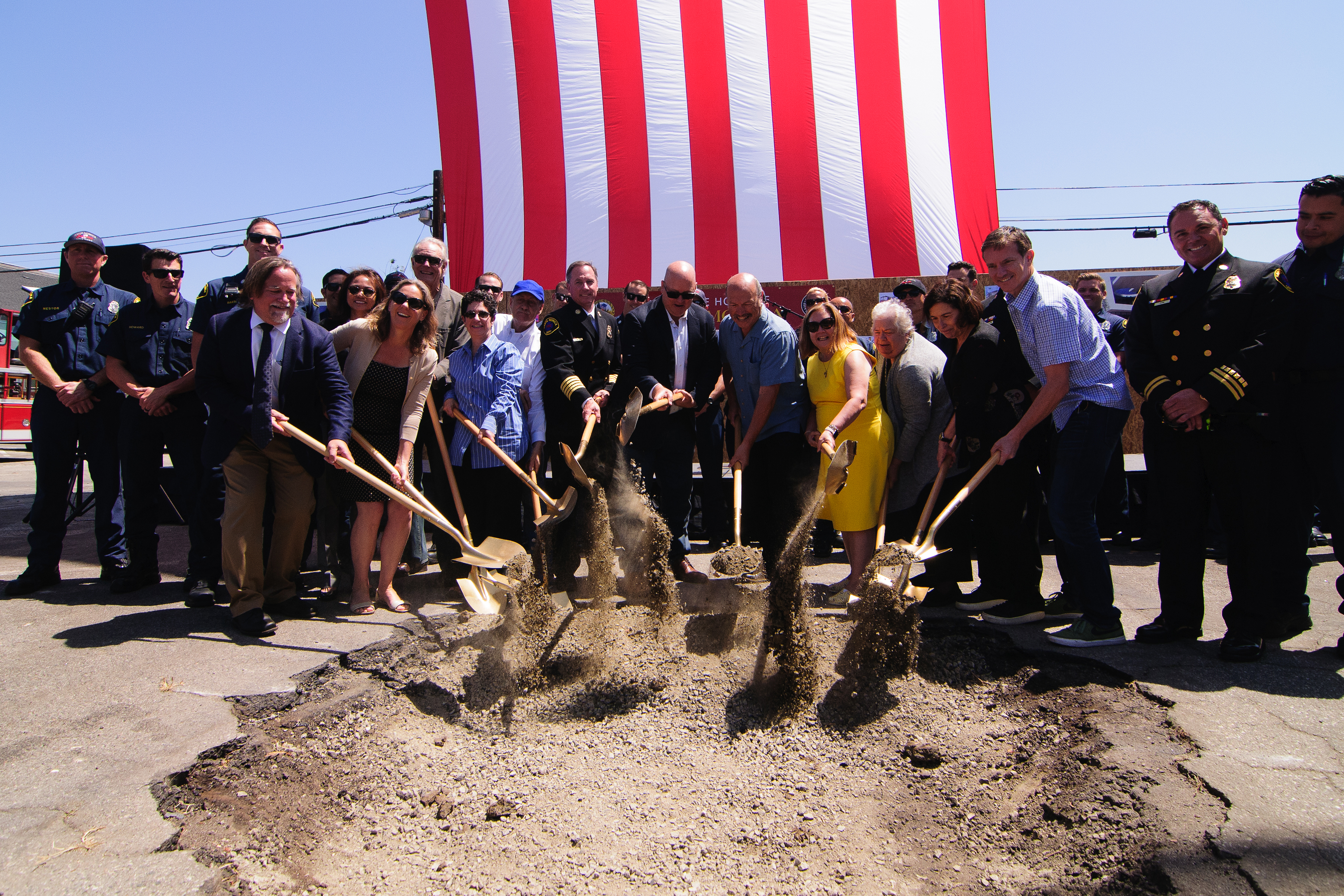 Construction is set to begin on Santa Monica’s latest addition to the City’s Fire Department, with a ground-breaking ceremony marking the occasion, Saturday, June 2.

According to the City, the project’s commencement has been 10 years in the making; the weekend event drawing many keen onlookers and participants.

“Fire Station #1 serves the downtown core and is Santa Monica’s most active station with 8,948 calls for service a day in Fiscal Year 2016/17,” City staff said. “The new station will be seismically sound and will accommodate the personnel and equipment needs of the department.”

New features include: a two-story facility spanning 28,000 square feet; the ability to remain operational after a major disaster, allowing fire personnel to continue providing vital services to the public; bathrooms and 20 dormitories to accommodate both male and female firefighters; a community room available to the public to reserve for use; rooftop solar panels that convert sunlight into electricity, which will cut down on energy costs; and LEED V4 certification to ensure the project is designed and constructed to the highest level of sustainability.