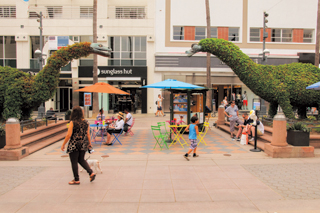 A new community group has surfaced in Santa Monica, banding together in a fight against a proposed Labor Peace Agreement (LPA) set to go before Santa Monica City Council June 26.

Keep Santa Monica Local, is a coalition of local businesses and restaurants who oppose the LPA.

“Many Santa Monica businesses and our restaurant members have a serious concern about the possibility of a labor peace agreement,” Matthew Sutton from the California Restaurant Association told The Mirror. “Restaurants here in this City strongly support existing workers’ rights – restaurant team members are like family. This proposal is a bridge too far. An LPA for local businesses would make it very disruptive and extremely expensive to operate in the City. Larger national companies are more suited to handle such a requirement.”

Hoping that City Council rejects the LPA, Sutton explained that the financial implications of adopting the agreement could be devastation to local concerns.

“Restaurants have experienced a significant rise in labor costs and an LPA would seriously harm a lot of family-owned businesses,” Sutton said. “We want to make sure to protect our local restaurants that are integral to why Santa Monica is such a great place to live.”

Santa Monica City currently owns extensive property across the City and “has a strong proprietary interest in protecting $4.5 million in annual lease revenues on its 27 food-service leaseholds City Tenants,” according to City staff.

“At the direction of Council, for the past two years, [City] staff has explored the inclusion in the Leasing Guidelines of a requirement that tenants execute a labor-peace agreement (LPA), an agreement between an employer and a labor organization which generally involves the labor organization giving up the right to strike or otherwise disrupt the business’s operations in exchange for negotiated provisions that strengthen workers’ rights to organize,” the City states on its Agenda for the upcoming item before Council.

This would mean that the union would in effect control what happens in terms of staffing at LPA sites, with many long-term employees expected to join the union or leave their place of current employ.

For more information check out www.KeepSAMOLocal.com.