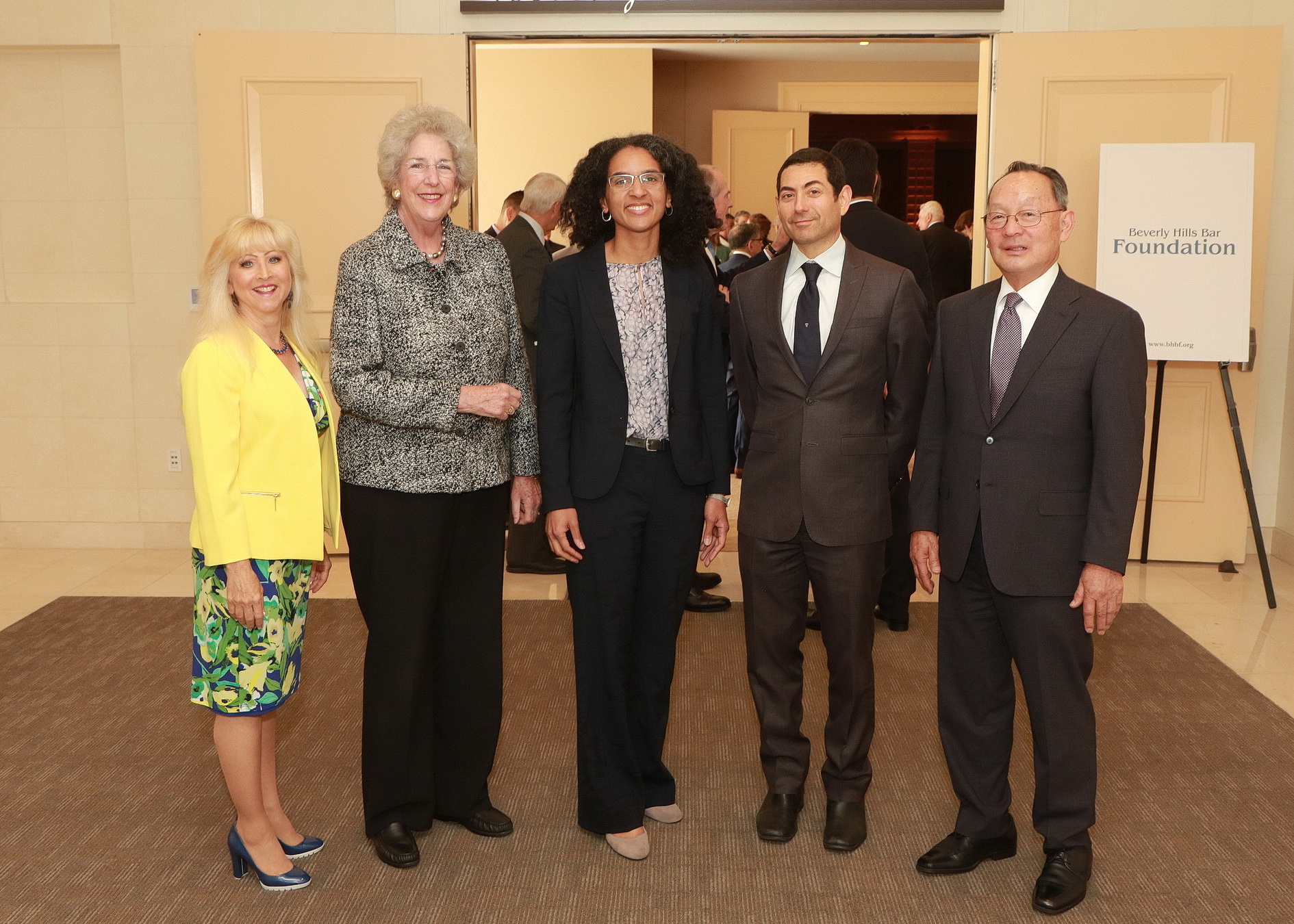 Scholarships and awards were also presented to local law students.

Associate Justices Ming W. Chin, Carol A. Corrigan, Mariano-Florentino Cuéllar and Leondra R. Kruger attended and were recognized for their immeasurable contributions to the State of California.

BHBA scholarships were presented to seven economically disadvantaged, academically qualified, law students who have demonstrated a strong commitment to public interest efforts, including Joy Yin Chang and Nidya Gutierrez of Loyola Law School; Edrina Nazaradeh of Pepperdine University School of Law; Rachelly Escobar of Southwestern Law School; Lucas Bueno and Luis Vasquez of UCLA Law School; and Rachel Feldman of USC Gould School of Law. Los Angeles Superior Court Judge Deborah L. Sanchez, a past BHBA Scholarship recipient who spoke emotionally about the scholarship’s positive impact on her life as a then single mother living in the projects of Wilmington, said, “Most of all, it meant that someone believed in me.”

The BHBA then presented awards to the winners of its annual “Rule of Law Writing Competition, both from USC Gould School of Law: Sandra Farzam received the Grand Prize for her paper entitled “Judicial Nonintervention as a Form of Religious Exemption?”; and Brittany Litzinger garnered Honorable Mention for her paper, “Technology and the Rule of Law: How Technological Advances Will Affect the Rule of Law in Developed Countries.”

“The luncheon is an important tradition of the Beverly Hills Bar Association that provides an opportunity for the BHBA to recognize the Justices of the Supreme Court of California for their selfless dedication and outstanding service to the State,” says BHBA President Richard D. Kaplan, of Kaplan Marino, P.C. in Beverly Hills. “A tradition that began in 1954, it also enables Southern California lawyers and jurists an opportunity to get together outside of the court room.”

For information head to: www.bhba.org.