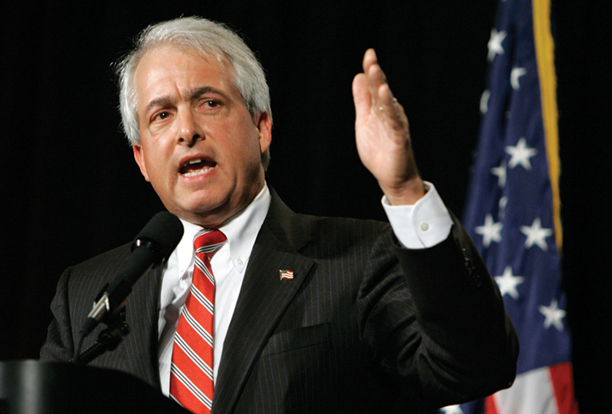 Things began looking desperate in early May for Antonio Villaraigosa’s campaign to become the next governor of California, as one poll after another showed Republican John Cox overtaking him for the second slot on the November ballot, to run against current Lt. Gov. Gavin Newsom.

One of those surveys put his support as low as 9 percent, which would have classed him as a second-tier candidate, quite a blow to the ego of any former mayor Los Angeles.

This was quite a change for Villaraigosa, who in a March interview displayed insouciant confidence that he would win the six-way race for a spot opposite Newsom, who led every public opinion poll in the primary race and easily won the most votes.

At that time, Newsom led Villaraigosa in fund-raising by more than $12 million, while Cox had just plunked 3 million of his own dollars into his campaign. Shortly after, Cox’s advertising propelled him to a narrow edge over Villaraigosa.

Yet, Villaraigosa was exuberant about his chances, several times repeating that “I am ascendant!” By then, he likely knew that several charter school backers were about to fund an independent expenditure committee backing him to the tune of about $15 million.

But then along came Donald Trump. The President may be the single least popular political figure in California, where he spends a little time as possible, but his influence among the 25 percent of the state’s voters who register Republican is enormous.

From the moment Trump pronounced Cox the man to “make California great again,” Cox moved well ahead of his lone significant GOP rival, Orange County Assemblyman Travis Allen, who had all along presented himself as a kind of surrogate Trump.

At the same time, Newsom began saturating the state with television ads presenting Cox as a virtual Trump clone. Newsom wanted to pick his fall opponent and he has. For Villaraigosa never really had a chance at second place once counting of votes began. Never mind that he and his supporters spent at least twice as much money as Cox, who is now likely to draw much more support from other Republicans.

Newsom’s reasoning: If he got Cox as an opponent, he would likely attract November support from virtually everyone who voted in the primary for him, Villaraigosa, state Treasurer John Chiang and former state schools Supt. Delaine Eastin (a total of more than 55 percent of all votes cast). But if Villaraigosa (or any other Democrat) were his fall foe, those votes could splinter unpredictably. For Newsom, the easiest path to the governor’s chair appeared to be getting a Republican opponent. His ads attacked Cox as a Trumpist after the President’s endorsement essentially doomed Allen’s effort.

Newsom is well aware that no Republican not named Schwarzenegger has won a California statewide election in almost two decades.

The donations to Villaraigosa from big pro-charter school contributors like developer Eli Broad and Netflix founder Reed Hastings were in a way a reward for Villaraigosa’s help getting that movement started while he was state Assembly speaker in the 1990s.

Meanwhile, Newsom has long had strong support from the California Teachers Assn., the union which often opposes expansion of charters and the companies that run them.

The primary outcome, with a first-place Newsom finish, may take the November election focus away from the run for governor, where Newsom and Cox will differ over almost everything. But the Democrats’ vast voter registration advantage and Trump’s unpopularity with the full electorate removes most doubt about an eventual Newsom win.

That could place a bright spotlight on the fall race for the Senate between veteran U.S. Sen. Dianne Feinstein and either fellow Democrat Kevin de Leon, the more extremely liberal former president of the state Senate, or Republican political neophyte James Bradley. Propositions will also deserve major attention, covering subjects from gasoline taxes to the liability of paint makers for damage done by lead in their past products to an attempt to divide California into three states.

One thing for sure: A single personality – Donald Trump – ended up trumping big money and dominating a primary election scene where he wasn’t even a candidate.