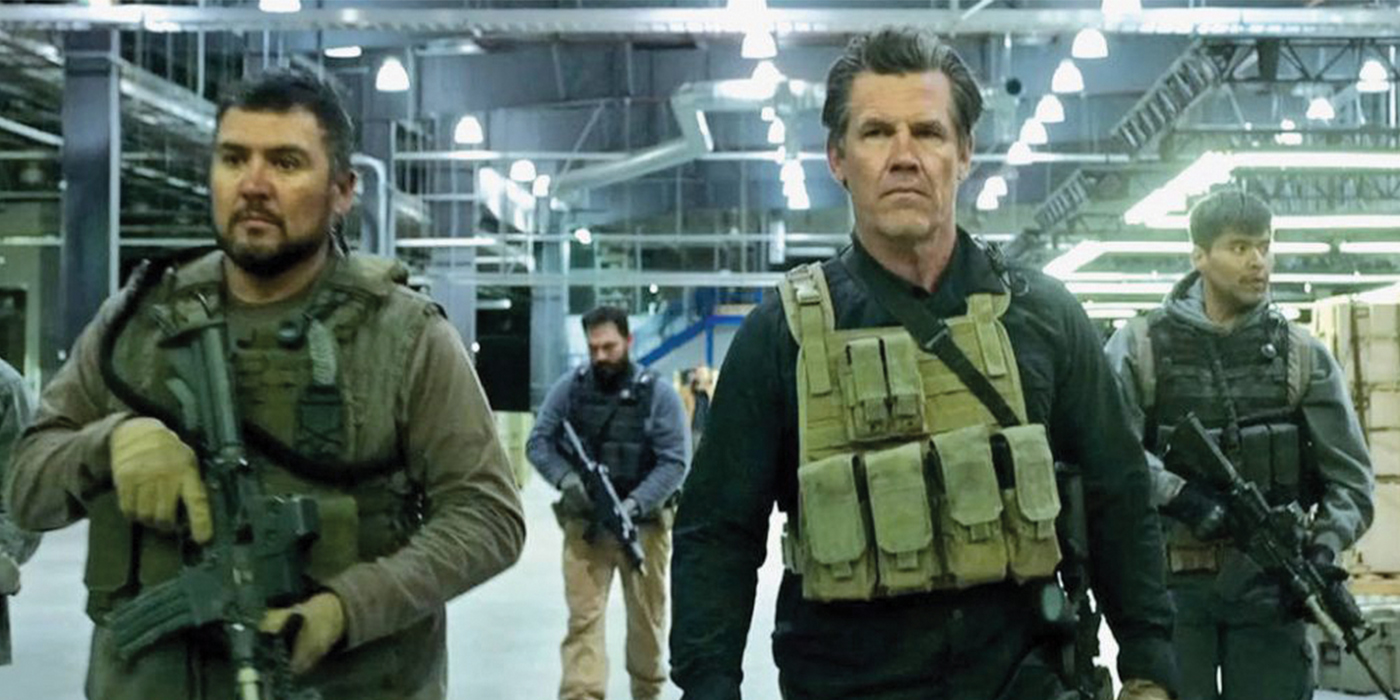 Josh Brolin and Benecio Del Toro pack a powerful punch like an episode of Miami Vice on steroids in this action packed sequel.

No nonsense, CIA operative Matt Graver (Brolin) learns that four Mexican terrorists with leads to a drug cartel have set off bombs in a store in Kansas City killing innocent people.

Graver decides to take the war to the U.S./Mexican border and recruits his enforcer friend, Alejandro Gillick (Del Toro), (who has his own axe to grind with the drug dealers as his family was killed by them in the last film.) on a top secret mission to start a war with the drug cartels by kidnapping the spoiled, teenage daughter of one of the kingpins.

With all good plans, things happen as the morally ambiguous vigilantes, run afoul with the U.S. government dispensing their brand of justice. They’re on their own trusting no one as friend or foe where contradictions blur their morale compass between good and evil as everyone is after them.

Director Stefano Sollima does an excellent job keeping the pacing of the story moving taking place in desolate border towns and the grim vistas of the desert. It’s a virtual no-man’s land in the dark side.