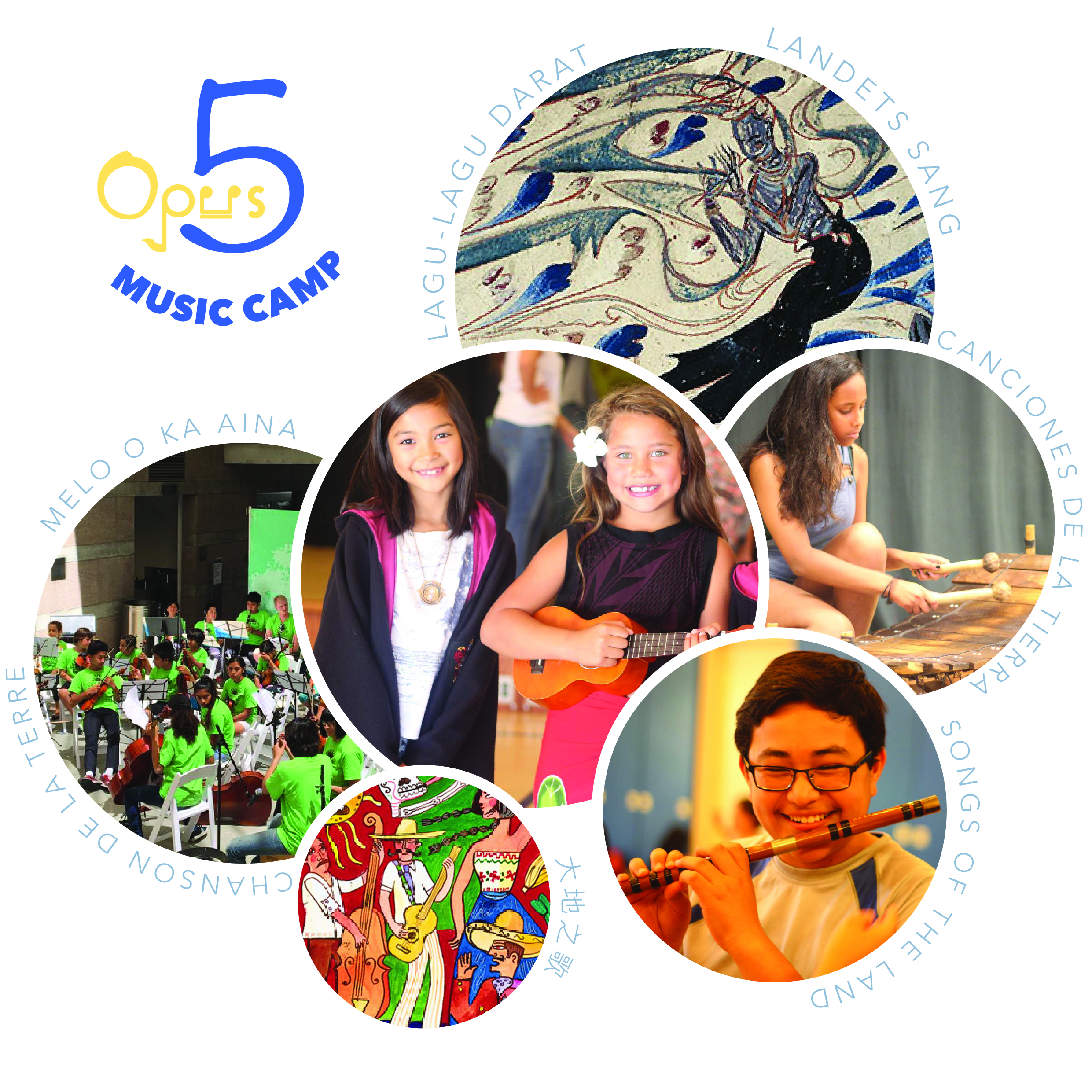 Opus 5 Music Camp (Opus), a world music-themed camp run by the Santa Monica Youth
Orchestra, will be truly global in scope as it welcomes more than 40 international students this summer. Twenty students from the Pan-African Youth Orchestra (PAYO) received sponsorship from the Ghanaian government to travel to Santa Monica to attend the camp and present performances in the Greater Los Angeles area. This highly acclaimed ensemble brings together musicians who not only play standard orchestral instruments, as well as a diverse set of traditional African instruments from across the African continent. In addition, two smaller international groups of students from China and Russia will be participating in the camp as part of a collaboration with the UCLA Confucius Institute.
The theme of this summer’s camp is “Songs of the Land: Exploring the many voices of
our world through the arts.” The camp will explore world music and its many connections to
LA’s diverse communities. Currently in its fifth season, this is the second y ear Opus has had the opportunity to have international students in attendance. Every year, professional musicians from a variety of musical genres perform and lead workshops for a group of 50-100 students.

Musicians have performed traditional music from China, Ghana, Hawaii, Iran, Japan, Louisiana and Mexico among many other places.
SMYO’s Opus World Music Camp uses music as a way to learn about diverse cultures and
model a truly global community. Executive Director, Shabnam Fasa, explains “a few years ago we focused on music from the Middle East at a time when there were so many negative news stories about the region. To have the students perform at the Skirball Center at the end of the camp and have a positive, first-hand experience playing music from a region divided by conflict was incredibly moving.”
During this summer’s camp, public concerts are planned for the Fowler Museum on Sunday,
July 22nd at 1pm, as well as the Skirball Center on Sunday, July 29th at 12pm and 2pm. While PAYO will be hosted by the Boys and Girls Club of Santa Monica, it is seeking further
sponsorship opportunities to help cover camp tuition and field trip costs. PAYO is also looking for additional performance opportunities throughout Los Angeles.