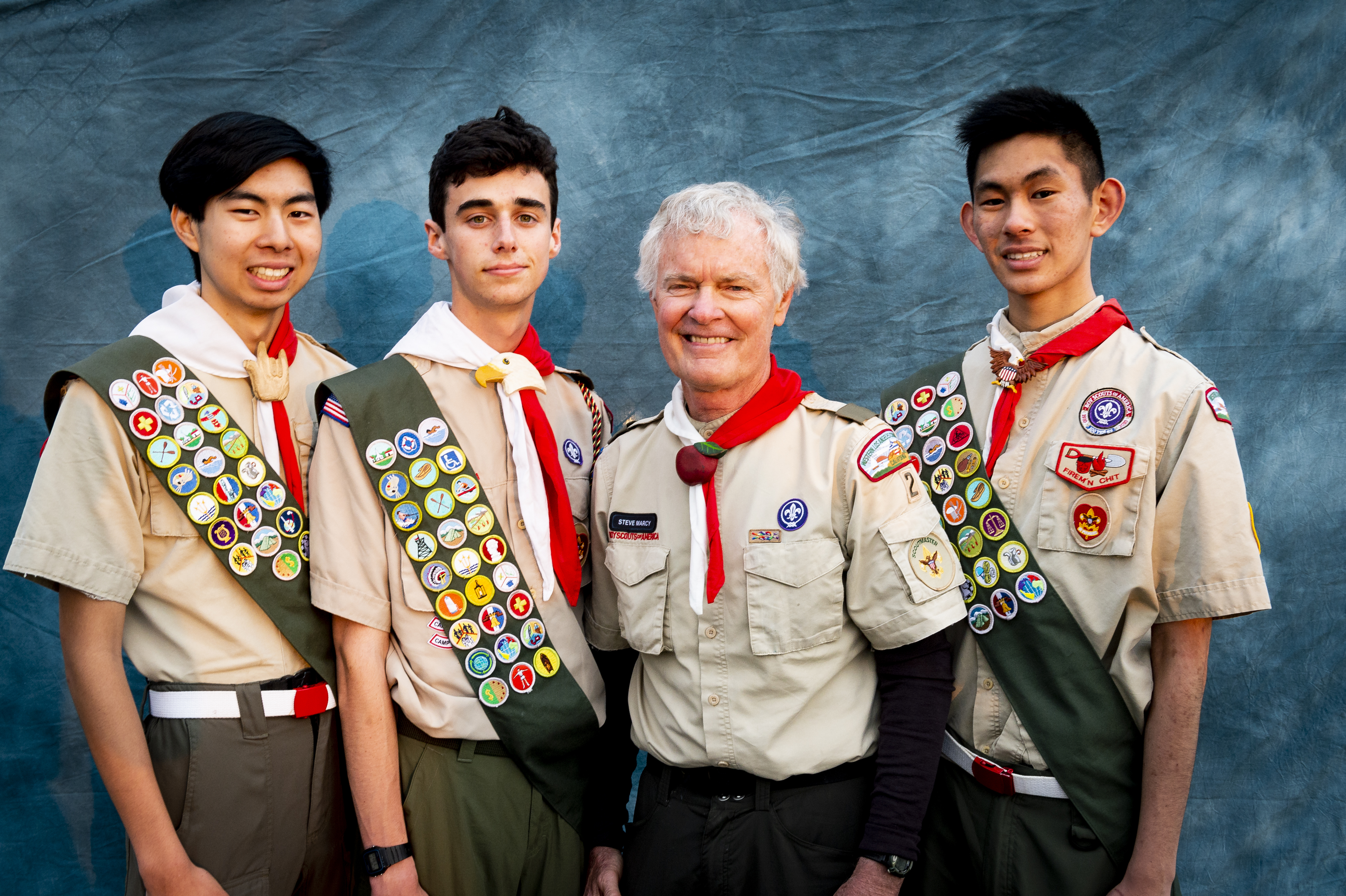 On June 10, 2018, three Santa Monica teenagers were awarded the highest rank one can earn in the Boy Scouts of America. Zachary Forsyte, Michael Shi, and Michael Wang will be honored with the rank of Eagle Scout at the Troop 2 Eagle Court of Honor to be held at Camp Josepho. Forsyte and Shi are both Seniors at Santa Monica High School. Wang is a Senior at Harvard-Westlake School.

The Eagle rank honors exemplary effort, leadership, and service. Only six percent of Boy Scouts achieve the rank of Eagle. In addition to demonstrating proficiency in first aid, citizenship, camping, swimming, emergency preparedness, and many other skills, Eagle candidates must coordinate and complete a community service project that demonstrates significant leadership abilities. Each of the Scouts being honored led a major project to improve quality of life in the community.

For his Eagle Project, Forsyte built six vertical planters on wheels for Venice Arts Center, a non-profit organization whose goal is to create equity in media arts, which they do by providing media arts classes such as film, photography, and animation. Many students qualify for free classes.  Forsyte says that the hardest part of his project was designing and properly constructing the boxes.

Shi’s Eagle Project was at Mt. Olive Lutheran Church and involved clearing out abundant weeds as well as covering the perimeter with drought resistant plants. Shi says that even though there were challenges along the way, the scouts’ ability to adapt enabled them to finish the project with finesse and that it was satisfying to see the transformation of an unkempt area into one of beauty and liveliness.

Wang’s Eagle Project involved repainting and refurbishing an old shelf as well as installing a deck and planter at Mt. Olive Preschool, Santa Monica. Wang says that he learned how to manage a large number of people and how to adapt to unpredictable situations. He says that the technical aspect of the project was challenging and that he was very proud of the outcome.

The troop’s scouts contributed several hundred hours to these community service projects. Established 71 years ago, Troop 2 is one of the oldest and largest Boy Scout troops in the Western United States.  Since then, Troop 2 has graduated 350 Eagle Scouts and traveled to scout camps and high adventure destinations throughout the United States. Troop 2 Scouts are known to have saved at least 64 lives.