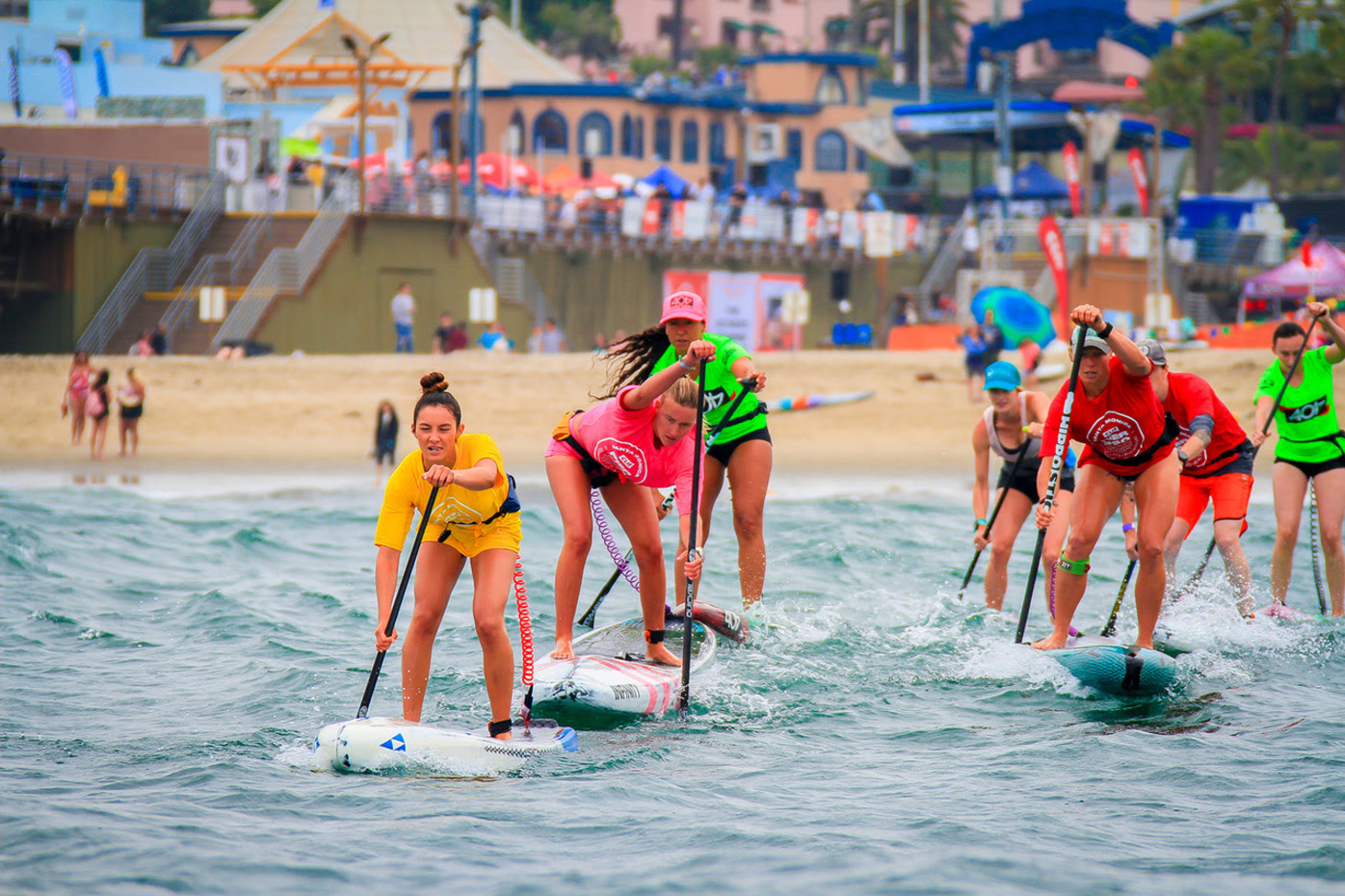 There are many ways to welcome summer, for many standup paddle boarders (SUPs) it involves a trip to the Santa Monica Pier for an annual race. Saturday, June 23 the “Pier 360 Ocean Sports & Beach Festival” was the destination for beach goers, two days of music, performances and competitions. With more than 12 hours of activities, the first weekend of summer was filled with racing thrills, family recreation, and cultural exchanges for waves of attendees.

A new addition to the event was the inclusion of a skate ramp. Professional skateboarder Derek “Ghost” Burdette told The Mirror that last year one of his skate boards was raffled, but no ramp or skateboarding were involved in the festival. “This year they involved skateboarding and [the organizers] asked me to direct it,” said Burdette. Since going pro several years ago he has looked at “the other side of skateboarding” by directing events, and developing innovative ways to integrate skateboarding now that it has mass recognition. Several of the skaters taking part in the Red Bull mini ramp jam were personal invites of Burdette, including Earl Dorn. “He’s a good friend of mine, he’s very supportive and I’m always down to help,” said Dorn who was present with his family.

As the first round of races concluded, surfers set their paddle boards down on the sand and explored the festival grounds; which included live performances, a beer garden and a pop up museum. The last person to make his way to shore from the 5.5-mile SUP race was Gabriel Griffith, his wife and two daughters cheered as he crossed the finish line. “It was challenging” stated Griffith “and I fell in more time than I planned.” The Westchester resident had paddle boarded before, but is still new to racing.

Music from the Te Aho Nui Tahitian dance school could be heard from the shore. Assistant instructor Kendall Kanoa Hawley emceed between dances and gave a “Māuruuru Roa” (thank you) to those in attendance. Hawley explained that the Te Aho Nui dancers were returning for a fourth year. More than 20 children and adults in ‘ilima costumes took to the stage to share art and culture through Polynesian dance, some for the first time.

The Te Aho nui Tahitian dance school’s performance was followed by the men’s and women’s awards ceremony. The overall winners of the standup paddle board races were 17-year-old Ryan Funk from Maui, and Jade Howsen, a 15 year-old from Laguna Beach. Tyler Bashor and Shae Foudy respectively earned second place, and Keaton Rose and April Zilg were awarded third place.

Bob Fienberg was among the awardees who competed in the 60 and over SUPs. Fienberg said he began surfing at the age of 13 in 1968, “we started to surf right here at the Santa Monica Pier,” he said, adding, “I just love being out in the water… it’s calm, it’s pretty, you see sea life; I was into running for a little while but it’s just too much pounding.” Originally from Brentwood, he now lives in San Diego where he is a lifeguard at a local YMCA.

For more information on the event head to: santamonicapier.org/pier360.