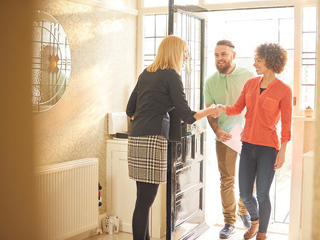 The City of Santa Monica announced Tuesday, July 10, that their prosecution of a local vacation rental business operator was not in vain, a California Appellate Court affirming a trial court decision finding 35 counts of illegal vacation rental related violations against Globe Homes LLC.

According to the City, the case was investigated by the City’s Vacation Rental Enforcement Task Force, a team of three under the Code Enforcement Division,

“The City of Santa Monica has consistently dedicated policies and resources toward producing, protecting and preserving housing in our community,” said Chief Deputy City Attorney Yibin Shen. “We are pleased that these important legislative principles withstood their first appellate review.”

Globe was charged with multiple counts of operating illegal vacation rentals within the City of Santa Monica in 2016.

According to the City, the case went to trial in December of 2016 in Los Angeles Superior Court. On March 6, 2017, the trial court issued its judgment affirming 35 out of the 36 charged violations. On July 2, 2018, a California Appellate Court completely rejected Globe’s appeal, resulting in a complete affirmance of the trial court decision.

“This is a great result and a testament to the exceptional team work between the Code Enforcement Division and the City Attorney’s Office,” said Code Enforcement Manager Sharon Guidry. “When the Council adopted Santa Monica Municipal Code Chapter 6.20, which reaffirmed the City’s longstanding prohibition against vacation rentals in Santa Monica.”