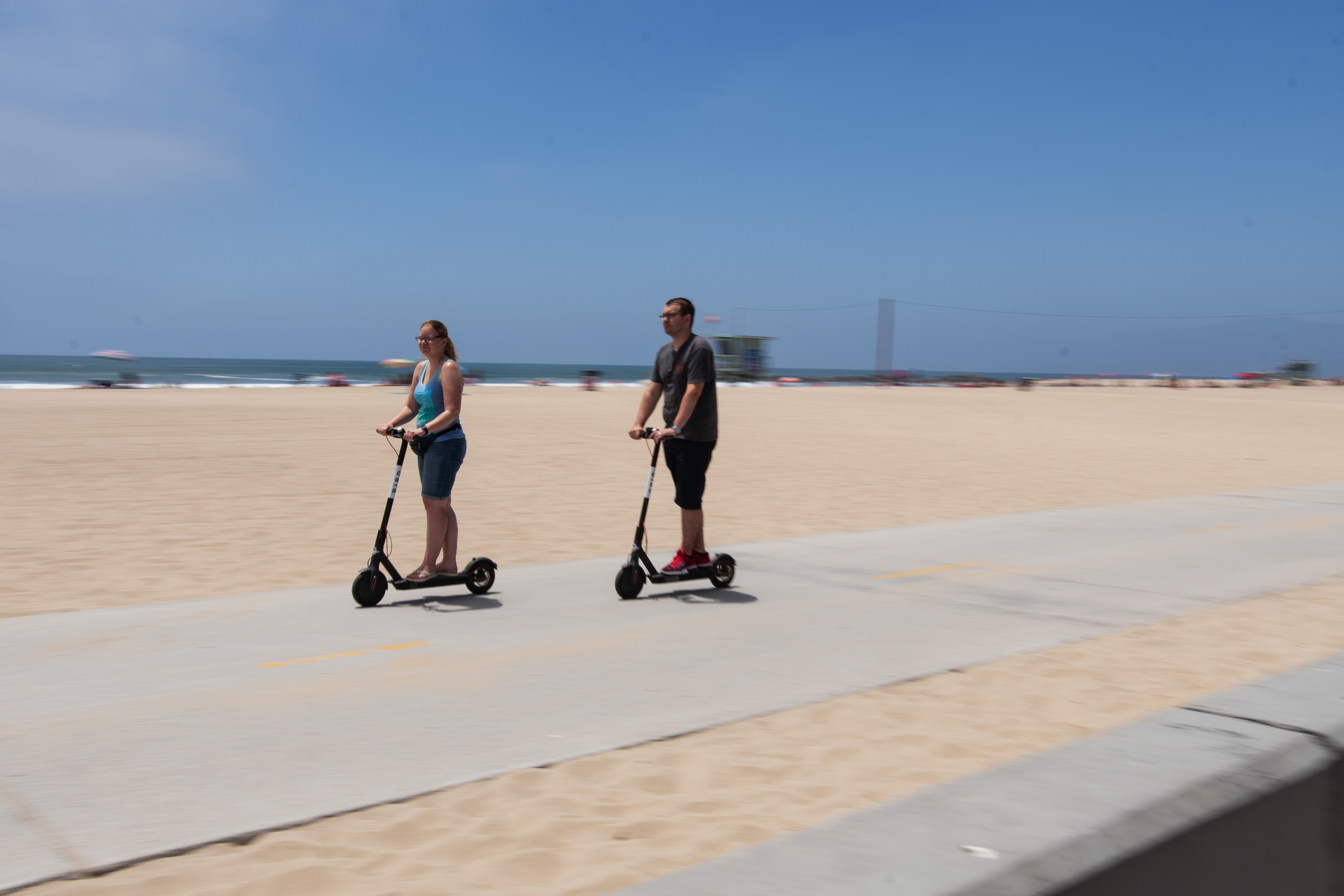 The wearing of helmets while riding dockless scooters such as Birds and Limes may soon not be required. The California State Legislature is looking to regulate the issue with Assembly Bill 2989 currently in the California Senate Transportation and Housing Committee. The Bill would only require helmets for riders under the age of 18 while prohibit riding e-scooters without a valid driver’s license or permit and establishing a 15 mph speed limit.

“This bill gives adults the freedom to choose whether or not to wear a helmet when riding a motorized scooter,” wrote the Office of Senate Floor Analyses.

Bird, who is the sponsor of the bill, encourages riders to wear helmets but does not think that adults should be required to wear helmets when riding their scooters. Current state law requires adults to wear a helmet when operating motorized scooters, electrically motorized skateboards and mopeds. E-scooter companies, however, have argued that this law makes the use of these devices inconvenient and discourages them as an alternative form of transportation.

“The helmet law is particularly problematic for the dockless electric scooter companies, who want consumers to be able to pick up one of their scooters and go, and to not have to worry about getting ticketed for not wearing a helmet,” wrote the Senate Health and Transportation Committee in a report on AB 2989. “This bill would make the helmet law for motorized scooters to be the same as the helmet law for bicycles.”

There is little data regarding the benefits of helmet use for motorized scooters, due to their relatively new status, but it has been shown that helmets reduce head injuries and the risk of death in bicycle crashes. The American Journal of Surgery performed a study of over 6,000 bike-related injuries and found that riders wearing helmets had a 52 percent lower risk of brain injury and a 44 percent lower risk of death compared to unhelmeted riders.

“We continue to believe it’s safest when helmets are used by riders of all ages, whether on a scooter or a bike,” said Constance Farrell, the City of Santa Monica’s Public Information Officer.

The law does allow for local control allowing cities to create laws that require all riders to wear helmets.

“The bill doesn’t forbid cities and counties from requiring helmets for everyone regardless of age,” said the office of State Senator Ben Allen who represents Santa Monica. “Therefore, local jurisdictions may still pass their own ordinances as long as they don’t conflict with State law.”

Santa Monica, however, leverages the California Vehicle Code for their helmet laws which takes away local control from the City when it comes to regulating helmet use.

Initially, the City opposed the bill because previous versions did not include the driver’s license requirement and did not prohibit scooters from being ridden on the sidewalk. After pushback from Santa Monica and other cities, the bill was amended to require riders to have a license or permit and ride in the street or a bike path.

“We are pleased that our efforts to eliminate these dangerous provisions from the bill were successful,” Farrell said. “The City of Santa Monica is committed to public safety requirements for all modes of transportation and that is why we fiercely advocated to maintain vital safety linchpins that would have been stripped in AB 2989’s original form.”

Existing California law prohibits motorized scooters on highways with a speed limit greater than 25 mph. AB 2989, if passed, would change this by allowing riders to operate these devices on any highway with a speed limit less than 35 mph. In addition, it would allow for operation on a highway with a higher speed limit if the scooter is ridden within a Class II or Class IV bikeway. Class II bikeways are oneway bike paths that are part of the street while Class IV bikeways are on-street yet physically separated from vehicle traffic by some sort of barrier. Current law prohibits the operation of motorized scooters in Class IV bikeways.

The bill would also prohibit riders from carrying any package, bundle, or item that prevents the operator from keeping at least one hand upon the handlebars. Tandem riding would be banned, as would leaving scooters lying on their side on any sidewalk or parked in a way so that there is not an adequate path for pedestrian traffic.

After passing through the Senate Transportation and Housing Committing, the bill must now be voted on by the Senate as a whole. With the Senate on summer recess until August 6, however, there will be no change to the law until lawmakers reconvene.