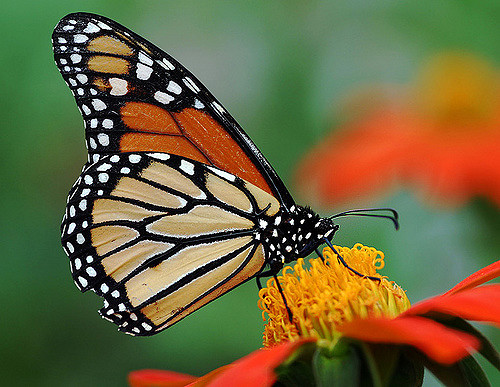 On July 23, 2018, the City of Malibu joined nearly 400 other cities across the United States, Canada and Mexico in joining the National Wildlife Federation’s Mayor’s Monarch Pledge, committing the City to enacting policies and practices that protect the Monarch butterfly. The majestic Monarch has experienced a sharp decline in recent years.

“Malibu is highly aware of the impact that even the smallest species can have on protecting our environment,” Mayor Rick Mullen said. “I am proud that our community is participating in this effort to protect the delicate and beautiful Monarch, an iconic resident of California. Moreover, by planting native plants, we are contributing to the health of our local ecosystem.”

Mayor Mullen introduced a proclamation declaring July 23, 2018 to July 24, 2019 the Year of the Butterfly in Malibu. The proclamation encourages residents to support the Monarch butterfly by planting native milkweed and other nectar plants in Malibu that the Monarch needs to survive.

Monarchs overwintering in coastal California have seen a 95% decrease since the 1980s. While tens of thousands of monarch butterflies typically overwintered in Malibu 20 years ago, fewer than 100 were counted in 2017.

The Mayor’s Monarch Pledge includes a list of action items that cities can take on to help the Monarch butterfly. The City of Malibu, with the support of groups like the Malibu Monarch Project, have already completed eight of the 25 recommended steps, putting the City into the prestigious “Leadership Circle” category.

The action steps that Malibu has taken include issuing a proclamation to raise awareness about the decline of the Monarch butterfly and the need to preserve its habitat. The City has planted a Monarch-friendly demonstration garden with milkweed at Las Flores Park. Malibu has earned recognition for being a wildlife-friendly city by taking strong actions to become a poison free city, and enacting policies requiring native plant species in parks and private development and invasive species removal programs.

To learn more about the Mayor’s Monarch Pledge, visit http://www.nwf.org/mayorsmonarchpledge.