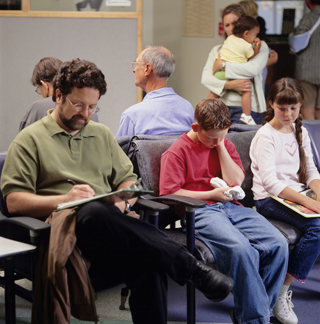 Nothing frustrated California’s politically dominant liberal Democrats more this year than having to live with the reality that their holy grail of single-payer health care won’t happen here for years to come.

This is in part because of fiscal realities – the cost would be enormous. It’s also because of political reality. So long as Donald Trump is President, there’s absolutely no chance the federal government will cede Medicare dues paid by Californians to state government. Those dollars would be a key component in paying for any state single-payer plan.

So single-payer advocates have plumped since early spring for the next best thing: Moving toward universal health insurance coverage via a massive increase in the number of persons covered by Medi-Cal, the state’s version of the federal Medicaid program providing health care to the poor and indigent, and including as many as 250,000 undocumented immigrants.

Once the primary election was over, they began pushing even harder. In fact, vastly expanded government-supported or subsidized health insurance is a central part of the platforms of several Democrats who qualified for ballot slots in the November general election.

So far, the package of Medi-Cal plans has passed several legislative committees. Even though the state’s new budget mostly leaves this area out, legislative supporters said they would keep pressing it.

When the bills passed a key state Assembly budget committee, Anthony Wright, executive director of the Health Access California coalition of more than 50 statewide groups, called it “a major down payment toward the goal of a more universal and affordable health system, in a way that can be advanced without the need for federal approval. California has already made great strides…by improving on the Affordable Care Act (better known as Obamacare), and these actions would further fill the gaps that too many Californians fall through.”

As originally written, the package would have expanded Medi-Cal to all income-eligible under-26 young adults regardless of their immigration status. It aimed to expand the pool of eligible senior citizens from those at 123 percent of the federal poverty level to 138 percent. And it would provide a tax credit to subsidize persons with between 400 percent and 600 percent of the official federal poverty level income.

These are standard liberal goals, with the exception of adding many thousands of undocumented immigrants to the state’s publicly-funded health care.

For many, doing this raises several red flags, so that part has for now not survived. For one thing, there’s the question of whether it helps erase any real difference between U.S. citizens in California and immigrants, legal or illegal. If there’s little or no difference in rights and privileges, what’s to motivate the undocumented to work toward becoming citizens?

This is an era when non-citizens can already practice law here, work as election officials, get drivers licenses and even vote in school board elections in one city, San Francisco. The undocumented poor also may soon become eligible to get a state earned income tax credit.

One question this raises: how much should citizens subsidize undocumented persons who have essentially sneaked into this country? At a time when millions of Californians are struggling just to make their rent and mortgage payments, is it right to spend hundreds of millions of their tax dollars on health care for the undocumented?

It’s difficult to quarrel with the need to educate and provide emergency health care to undocumented persons who will likely stay in this country and state for many years to come. Educating them helps create the well-prepared work force needed to keep many businesses here and encourage new ones to come. And both simple humanity and public health essentially demand that undocumented persons with serious, often contagious, illnesses and injuries be cared for.

But should they have full insurance coverage at public expense, including prescriptions and even elective surgeries?

That’s a moral issue which probably ought to be decided at the ballot box and not by legislators subject to the blandishments of lobbyists and campaign donors.