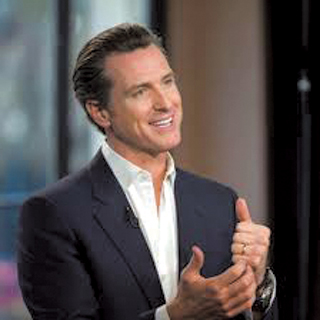 As the primary election vote count drags on, not to reach a final tally until July 6, one large question confronts Gavin Newsom, winner of a plurality of the vote in the preliminary round of this year’s run for governor:

Where will he get another 17 percent of the vote, beyond the 34 percent he took in that first round?

Even though Newsom and his campaign staff glossed over this question all spring, now it has become an urgent matter they must confront. For Newsom drew about 30 percent support in the first polls in the race, taken way back in the spring of 2017, and that’s not far from where he ended up on Election Night.

This means that despite spending many millions of dollars on advertising, despite his indefatigable campaigning in almost every corner of California, support for the lieutenant governor and former San Francisco mayor did not increase beyond its original base over the last 15 months.

One striking aspect of the polling history in this election was that while more than 40 percent of voters surveyed were undecided in the earliest phases of the campaign, Newsom’s support did not swell greatly when those on-the-fence voters eventually decided how to mark their ballots.

As the primary vote neared this spring, Newsom tended to downplay this unpleasant reality. “People who voted for other Democrats will eventually support me,” he said in a May interview.

For him to get the majority support he needs to win his two-man race against Republican John Cox, Newsom must draw most voters who went for state Treasurer John Chiang, former Los Angeles Mayor Antonio Villaraigosa and former state Schools Supt. Delaine Eastin in the primary. But those voters may still be influenced by negative advertising used against Newsom during the spring, mostly in May. For sure, Cox will air even more negative ads on Newsom this fall.

Running against Cox, an opponent of climate change mitigation best known previously for trying to expand the state Legislature to12,000 members, Newsom must attract Villaraigosa voters, Chiang voters, Eastin voters and a good proportion of the 25 percent of registered Californians who have no party preference. This may not be as hard as it would have been to attract the same voters if he were now opposed by Villaraigosa, the third-place primary finisher and a fellow Democrat.

For on almost every issue other than single-payer, the positions of Villaraigosa, Chiang and Eastin were far closer to Newsom than Cox.

This is precisely the scenario Newsom wished for as he ran myriad TV commercials attacking Cox for being a virtual clone of President Trump, who sealed his ballot slot when he endorsed Cox in mid-May. Essentially, Villaraigosa, Chiang and Eastin voters – 24 percent of the primary total – have nowhere to go but into Newsom’s camp.

Meanwhile, Cox’s primary vote total closely approximated the GOP’s voter registration percentage, meaning he got the vast majority of Republican votes and some from independents, too. He’ll keep that support in November, but will have difficulty winning over many who voted Democratic this spring.

While there’s a chance some Chiang voters might end up in the Cox column, it’s doubtful the primary leader will lose very many more Democrats or liberal-leaning independents.

Meanwhile, Republican voters who supported Cox’s tough anti-sanctuary immigration position will likely turn out strongly for him and could influence other contests on the ballot, including hotly contested congressional races and ballot proposition fights.

Had Villaraigosa survived the primary, things would have looked very different. He might have splintered the Democrats’ fall vote in ways that Cox cannot.

So the main hope for Cox and Republicans may be for many thousands of Democrats to become complacent and not bother voting, since the November outcome looks like a sure thing.

There’s a test here for Newsom: Can he inspire Democrats to vote not only for him, but also for the causes and fellow candidates he holds dear? We’ll know the answer Nov. 6.