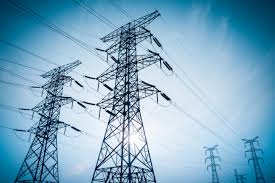 Way back in 1990, when Californians overwhelmingly voted to impose term limits on state officials, critics warned about the loss of “institutional memory” the move would inevitably bring with it.

This summer, we may see just how much damage that can do. For there’s virtually no one now serving in the California legislature who was there in 1998, when previous legislators and then-Gov. Pete Wilson opted to deregulate the state’s electric grid.

Their action allowed any electric user to buy power from any seller. It encouraged California’s three big privately-owned power companies to sell off older power plants whose construction expenses had long ago been completely written off. It allowed out-of-state players to manipulate the California’s electricity market and led to the energy crunch of 2000 and 2001, complete with rolling blackouts, frequent brownouts and eventual criminal convictions for executives of companies like Texas-based Enron.

People now holding office in Sacramento should remember all this, if only because everyone there was at least six years old during the power crisis.

But this summer, many are acting as if they don’t remember a thing. As if they have no memory of the last time California allowed people in other states to tinker with its electricity supplies.

That’s about the only plausible explanation for the so-far steady progress through the Legislature of a bill that would make this state part of a Western electricity grid with a governing board whose makeup is yet to be determined.

Essentially, it could place California’s power fate in the hands of people from Utah and Idaho who know little about this state’s needs and wants. It could make a joke of California’s own laws governing renewable energy, which dictate that a massive share of the state’s energy must come from solar, wind, hydroelectric, geothermal or other sources that can never be completely exhausted, as oil, coal and natural gas can.

California has avoided problems for the last 15 years largely because it has its own agency overseeing the grid, the so-called Independent System Operator, run by appointees of the governor, who would suffer political consequences for any blunders they might commit.

Not so the proposed new Western regional board, which would be appointed largely by electric industry stakeholders. That’s like letting Enron or its modern equivalent run the grid. The fox would run the henhouse.

But the plan, known in the Legislature as AB 813, has strong backing from Gov. Jerry Brown, whose term expires Dec. 31, meaning he can never suffer politically for whatever it might produce.

It passed the state Senate’s Energy, Utilities and Communications Committee on a 6-1 vote earlier this summer, with only Republican Andy Vidak of Hanford dissenting.

One who voted for the bill was Democratic Sen. Robert Hertzberg, a rare bird in Sacramento who was around to see the ill effects of deregulation and therefore should have known better. Hertzberg, speaker of the state Assembly during the energy crunch, told a reporter “I generally like the notion of regionalization,” noting that it gives California utilities a chance to sell excess solar energy produced during the daytime into other states. That, some suggest, could lead to lower power rates for Californians.

But Hertzberg said the current bill doesn’t include enough assurances of protection for this state’s clean energy policies, already threatened by the pro-coal, pro-pollution policies of the Donald Trump administration, to whom the new grid’s officers would ultimately be responsible.

Hertzberg said he only voted for the bill in committee to give its author, Democrat Chris Holden of Pasadena, a chance to fix it.

But there is no sign Holden wants to do that.

And there is also no answer in sight to the ultimate question every legislative bill should answer before becoming law: Do we need this?

In the case of a regional electric grid, we clearly don’t. We don’t need to get mixed up with states like Utah that draw much of their electricity from coal. We have excess power now, and that’s just fine, so why risk shortages if folks from other states choose to send California-generated electricity elsewhere?

The answer is there is no reason to do this, and it likely would not have gotten this far if legislators had any sort of institutional memory.