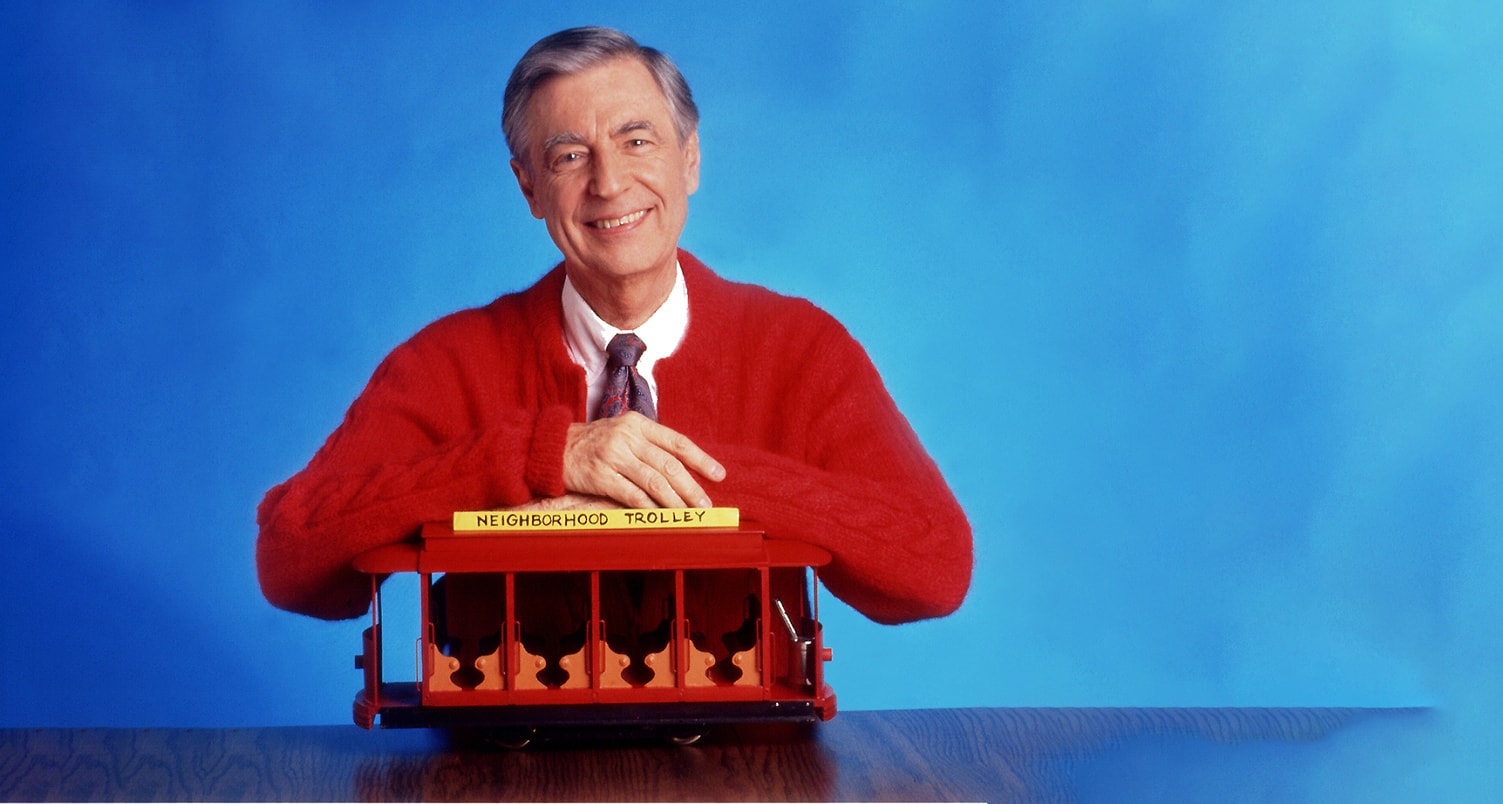 “Won’t You Be My Neighbor” is much more than a biographical documentary about an American icon. This study of Fred Rogers, whose television show framed the lives of children for 34 years, is a window into the mind and persona of a unique and beloved figure in our history.  By skillfully incorporating interviews with Rogers from later in his life with clips from his huge library of shows, director Morgan Neville provides us with an emotional understanding of this giant of entertainment, whose personality was gentle and unassuming. In addition to being a life history, the film stands as a psychological and social commentary against the historical backdrop of the second half of the 20th Century.

Fred Rogers grew up in Pittsburgh. He was a lonely child, certainly not one of the “in-crowd” at school. He spent much time at home sick in bed, and made up stories with his toy figurines as they traversed the landscape of his sheets and blankets. The hardships he endured as a child allowed him to develop an innate sense of empathy. Music was another solace that comforted him as a child, and he became an excellent pianist, a skill he often used on his shows.

Rogers was able to take the feelings he experienced in his childhood and turn them into a universal language that contained no sense of judgment.  In this film you can see the connection he makes with each child’s eyes – they are mesmerized. I went into this movie without a prior opinion, as I had never watched Mister Rogers’ Neighborhood regularly. Now I wish that I had been a loyal viewer.

The show debuted in Pittsburgh in 1967 and was picked up by PBS the following year. It ran on that station from Episode 1, which aired on February 19, 1968, to Episode 1765 on August 31, 2001. Fred Rogers passed away from stomach cancer in early 2003. “Mister Rogers’ Neighborhood” shaped the lives of generations of children. As Rogers himself put it, “Play is often talked about as if it were a relief from serious learning. But for children play is serious learning. Play is really the work of childhood.” Rogers always asked the kids how things made them feel and allowed them to talk about their feelings.

Maria Shriver wrote in her “Sunday Paper” email message of July 8, “So do yourself a favor this summer. Turn down the noise. Turn down the heat…change the way that you interact with those around you…take a page from Mr. Rogers and ask them about their feelings.”

Rogers’ show was about discovery – discovery of the world around us and about feelings. This movie can be your own discovery, of the magical Mister Rogers.