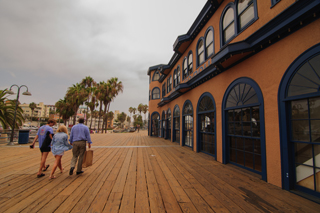 We live in uncertain times – immigrant children are being separated from their parents, minorities are being forced from their homelands and climate change refugees are living in marginal conditions due our government’s failure to recognize, for example, Puerto Rico as a U.S. territory deserving aid. While poor governance may not have caused these problems, it is making them worse. This occurs when private interests take precedence over public welfare. It is what happens when special interests disempower those with less means. Although Santa Monica may be immune from these extreme examples, we may still have something in common with them. Our City Government’s policies, while less damaging, are still marginalizing those for whom they have a duty to represent and protect. This plays out in many ways. For example, in their support of well-funded developers whose goal it is to overbuild our City, Santa Monica City Council’s refusal to allow for elections that insure that minorities are fairly represented and term limits that bring new ideas.

When government ignores its constituents, it erodes public trust and disrupts the social contract between government and those they govern. It happens when the desire for power or monetary gain clouds their judgment and civic duties. Is this currently the case in Santa Monica? Are our civic leaders being guided more by their personal agendas than the public good? Are they succumbing to pressure from outsiders who would exploit our City for their personal gain? Examples of this behavior came to light recently when a few on our City Council were deposed for a pending case on district elections. As part of that legal process, Council members were put under oath and compelled to answer questions related to their civic activities. In a few instances, their responses raised “red flags” as to their integrity and honesty. Our City Council’s legal defense to fight the residents’ case for equal representation of minorities has already cost the City’s taxpayers $4 million, and that figure could double. This is money that should have been spent on the City’s priorities rather than the preservation of their influence and power.

One of the biggest challenges Santa Monica faces is the scope and nature of future growth. Although we are a relatively small town (8.4 sq. miles), we are facing an onslaught of development that could forever change the character and strain the infrastructure of our small city. Our codes are being revised to allow taller and denser development. Statutes that in the past had restricted a building’s size due to parking restrictions are being lifted. If all of the currently proposed development were to come to fruition, it would exceed what our current infrastructure and natural resources could sustain. In any case, it would forever alter the character and livability of our small beach community.

A primary source of City revenue comes from the millions of tourists that visit our shores each year. They come for many reasons – our small town charm and our historic heritage, wide beaches, cultural amenities, entertainment and amusement venues. If only a few of the projects currently under review were to be built, it could have a devastating effect on our city. Not only would it increase traffic but also diminish our beach town ambiance. A decline in our tourist industry would put us farther from our goal of economic and environmental sustainability. It would require upgrades to our public utilities and infrastructure necessitating the issuance of more bonds. If this were to occur, any monetary gains from this strategy could be quickly erased.

Why is our City on such a perilous path? Is it to fund the City’s pet projects, pension liabilities and a City staff that is both overpaid and bloated relative to similarly sized cities? The fact that we must rely on overdevelopment to support our current budget is itself proof that our expenditures are out of proportion to our City’s means. What will happen when the Pacific Ocean reclaims our beaches? The combined effect of an overbuilt City and a receding shoreline is bound to severely impact the tourist industry on which our City depends. It is everyone’s duty and responsibility, but particularly our City Council to do all they can to prevent such a dystopian future. This process starts with a clear vision for a sustainable and livable city for many years to come. It starts with our leaders paying more attention to those who elected them rather than their reelection and pet projects. It starts with fair representation for all citizens on our City Council.