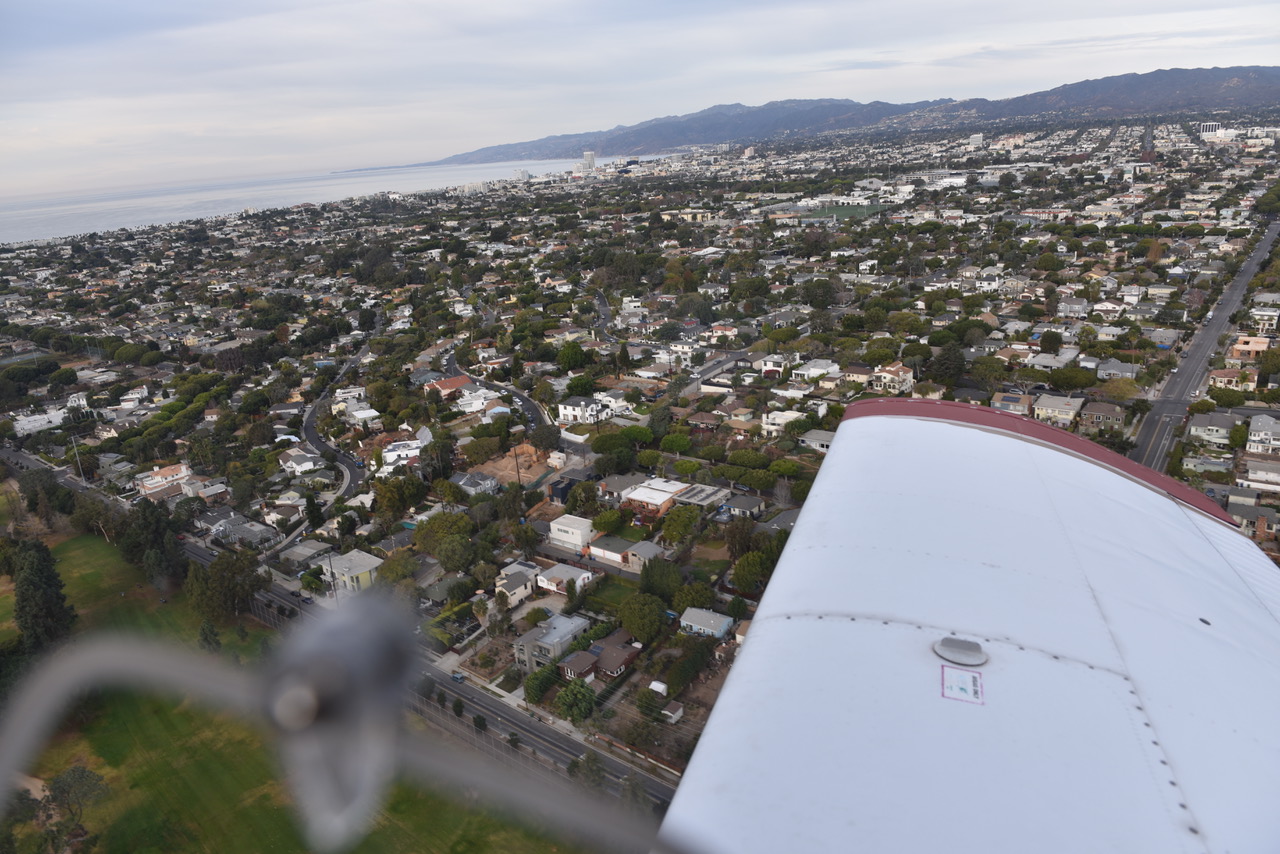 Let’s look at the future of our transportation and traffic woes and how they are to be addressed and resolved, especially in our little 8.4-square-mile beach town that the current administration, by continuing to approve one large development after another, seems to view only as “West Los Angeles West”.

Our streets are already gridlocked at various times of the day, duly noted by one individual as the daily “lockdown” during the afternoon (now seemingly from about 2:30 p.m. to 7:30 p.m.), where trying to get across town is generally that… trying. So, since this administration hasn’t dealt comprehensively citywide with development (i.e. there is not a cohesive master plan on the books, only piecemeal “specific plans”, like a jigsaw puzzle, one piece at a time), what is on the table for solutions to move, not just our almost 94,000+/- residents, but also the more than 100,000+ daily visitors/workers/pass-throughs that come and go thru our three-sided town, and the additional bodies and cars that will come with the developments they are approving.

It certainly has not been proven that the new residents, as well as daily workers and visitors, use only buses and Expo, and in fact Big Blue Bus (BBB) ridership has declined significantly in the last two years without a comparable uptick in Expo ridership though Expo has hit their target, plus. Santa Monica has now been given the Bird, with a Lime chaser, but I seldom see a family on their way out of town to go skiing on their bikes or scooters… or loaded up in Uber or Lyft for that trip either. A fun ride, but not a first and last mile vehicle for most residents either. So one might suspect that people are still buying and using cars. The City thinks so too, as reflected in areas zoned specifically for auto sales, and the expansion of that zone in the Land Use and Circulation Element (LUCE) and new zoning code. And there is in fact an increase in car ownership… revenue not to be lost.

There is no outward sign that the City is going to restrain development, especially anticipated by many to begin to occur at the southeastern airport area of our community, where the afternoon streets are already approaching stagnation.

Some have mentioned that we will be seeing pilotless drones in the near future moving across town loaded with people and goods, a la Uber/Lyft style. Which is what got me thinking about the air rights that exist over private properties. What approvals will be required from each parcel owner to permit transit over/through their air rights property? Will it become a real “Airbnb” with each parcel that is to be transited required to have an agreement for access thru their air rights. Maybe once the extent of air rights ownership is finitely defined by law it will require the drones to fly only over public rights of way unless an agreement with each property owner is in effect. Considering the likely conflicts of drone flights, as fantasized by some, one has to wonder who and how such traffic would be controlled.

With the advent of aircraft, the space above someone’s personal property became an issue of air rights and who owned or controlled that air space. There have been court cases that have addressed and/or touched on the subject, but perhaps short of Federal Aviation Administration (FAA) control of air traffic within what is identified as “controlled air space”, predicated on aircraft safety and separation, there is little that seems to specifically address how high individual property air rights extend. We can just be certain that the FAA controls air traffic within “controlled air space”, which in some cases is from the surface up, as here within the Santa Monica Airport (SMO) area.

The American Planning Association (APA) suggests that individual “ownership of air rights” extends to 500ft, but may be higher. So what do you do with that airspace you control above the allowable zoned building height? In some cases air rights can be sold and, with appropriate approvals, used for bridging buildings over public streets or other private property, e.g. parking structures, or a park built over a freeway.

But the bright idea that people-carrying drones will have the right to overfly your property, within private air rights space without some form of air traffic separation, positive control, and liability release, seems a little doubtful, evidenced by the occasional attempt of individual helicopter owners to fly to and from their homes or businesses in urban areas; it’s rare and requires multiple approvals and FAA contact and control.

So it doesn’t seem likely, even if the hardware is developed, and there are indeed several large personal electric drones in development, that we will see them in operation in the immediate near future. And while there is some legislation controlling small individual model drones, if one aspires to seeing people-carrying drones it certainly bolsters the likely case of maintaining SMO in operation. Regardless, we are left with the street traffic morass that currently exists, and will certainly be exacerbated with the continued approval of large projects of which our Council and staff seem so enamored.