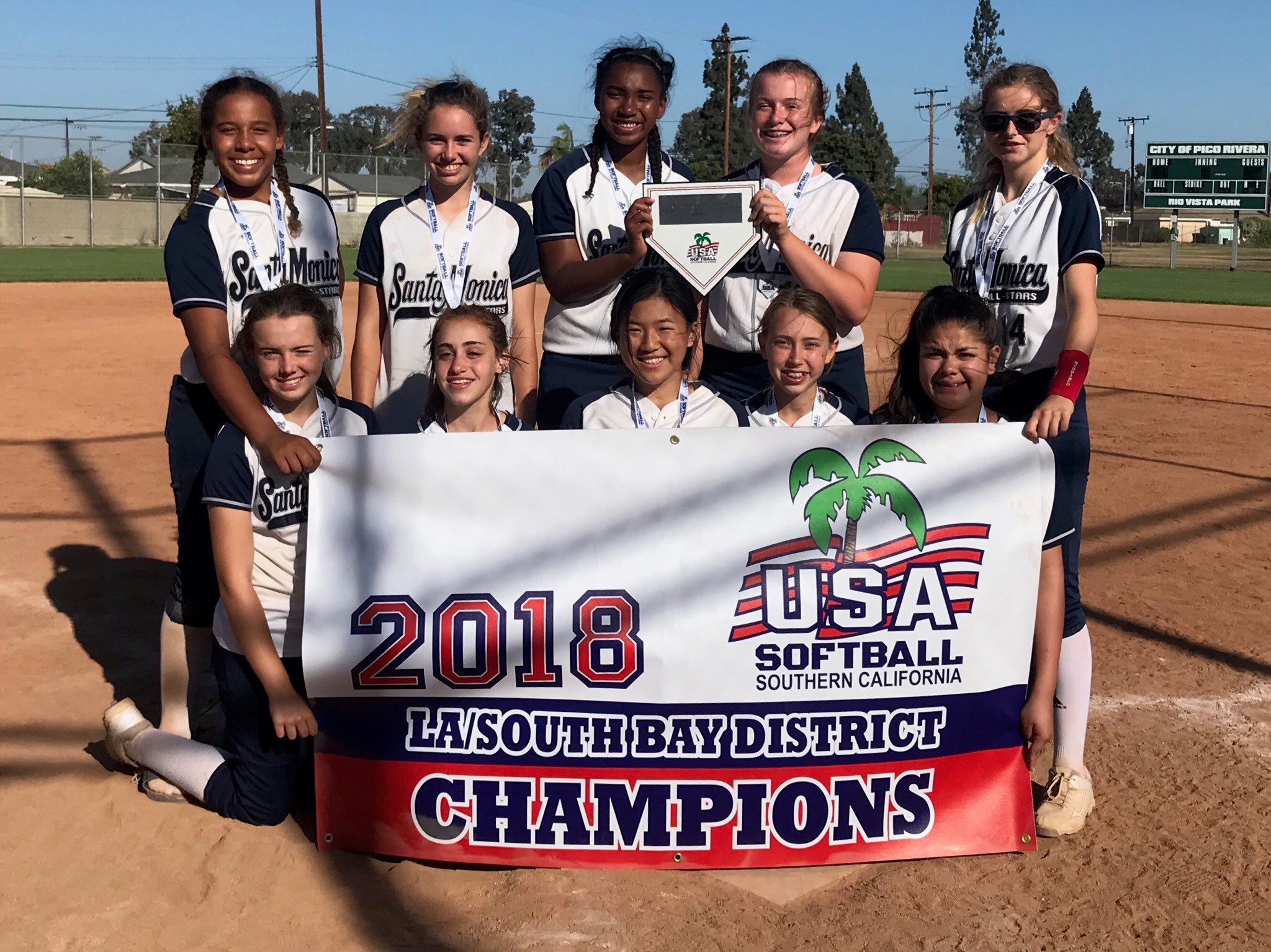 The Santa Monica 14U Gold team won the LA/South Bay District Tournament in Downey last weekend, which earned them a top spot in the USA Softball Southern California “B” State Championship to be held in Lancaster. “It is a privilege to coach one of Santa Monica Girls Fastpitch’s most successful All Star teams,” said the 14U Gold team’s head coach Spencer Schneider. “I attribute our success to the players’ dedication and team chemistry, as the girls bond as a group both on and off the field.” The 14U Gold team’s successful season includes first place finishes at All-Star tournaments in Moorpark, Newbury Park, Penasquitos, Fountain Valley and Poway, prior to becoming the LA/South Bay District champions.

Also advancing to the State championship is the Santa Monica 12U Gold team, which placed 3rd in the LA/South Bay District Tournament last weekend. “I could not be more proud of this group’s performance during our district qualifying tournament,” said the 12U Gold team’s head coach Tony Temblador. “We played team softball the entire weekend. All twelve girls contributed to the success of this team.” Earlier in the season, the 12U Gold team won 2nd place at the San Dieguito Memorial Day Tournament, and the team also placed 2nd at the LA/South Bay St. Paddy’s Day Select Tournament in March.

The week before the two All Star Gold teams qualified for the State championship, two other Santa Monica softball teams qualified for their State championship. The Santa Monica 12U Silver team placed 2nd in the LA/South Bay District Tournament in Norwalk, which earned them a spot in the USA Softball Southern California “C” State Championship held in Lancaster. “This team is comprised of such talented girls,” said the 12U Silver team’s head coach Alan “AJ” Juarez. “I am so proud not only of the hard work that these girls are putting in to improve their skills athletically, but also of the way they work together as a team.”

The Santa Monica 10U Silver team also advanced to the State championship, placing 5th in the LA/South Bay District Tournament. “I could not be prouder of these girls,” said the 10U Silver team’s head coach Woody Kassin. “This is a truly amazing group of girls: the enthusiasm and enjoyment they exhibited were a pleasure to watch, and they represented our league in a first class way. It was a 100 percent team effort, with each player contributing clutch hitting, fielding, base running, and hustle. We also could not have done it without a talented coaching staff, committed parents and a supportive organization behind us.”

Registration for Santa Monica girls softball is open for all divisions: santamonicagirlssoftball.org.