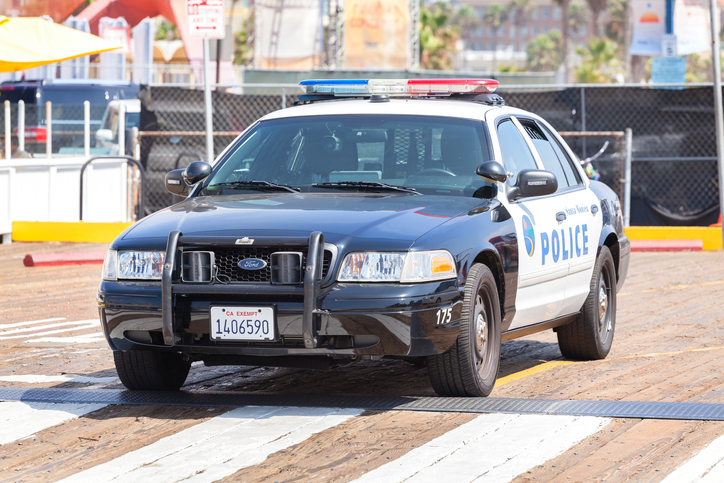 At 6:05 a.m. Thursday morning, a woman was shot in the thigh at the west end of the Santa Monica Pier. The woman remains in the hospital in stable condition while the shooter remains at large.

“One of our local fishermen here contacted a Harbor Guard and told them that someone on the west end of the pier required some type of medical attention. The harbor guard went over to that area and made contact with the female who had a single gunshot wound in her thigh area,” said Sergeant Rudy Flores of the Santa Monica Police Department (SMPD) Criminal Investigations Division.

Officers responded to the scene and began to question the women. Her initial statement said a male Hispanic in his 20s to 30s had shot her but according to Sgt. Flores she was and remains uncooperative with authorities.

“She was very vague as far as the information and his description. She even made mention that he was possibly accompanied by another female Hispanic,” Sgt. Flores said.

She was then transported to a local hospital where she remains in stable condition.

“It is a non-critical, non-life-threatening wound,” Sgt. Flores said. “Unfortunately, she continues to be uncooperative at the hospital with our officers, detectives and even the medical staff. We have very minimal information at this time and are exploring all possible leads.”

At one point on Thursday, the SMPD had divers go into the water off the pier to search for evidence, including the handgun that was reportedly used in the shooting.