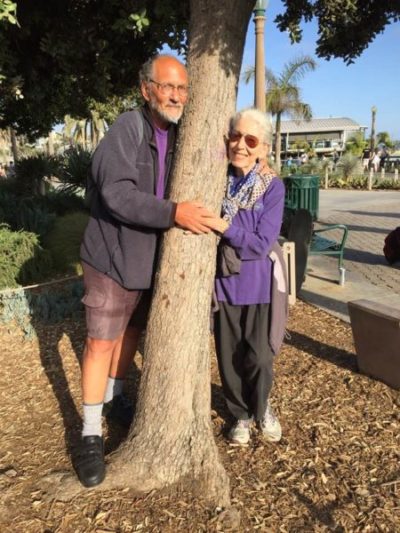 A potential ordinance which would protect trees on private property in Santa Monica may be getting more attention in the near future.

At the August 20, Santa Monica Task Force on the Environment meeting, supporters pushed for further discussion on the entry of protective language into City Code.

Jerry Rubin, Santa Monica peace activist and founder of environmental groups such as Treesavers and Tree Hugging Friends, is very optimistic about the potential changes. However, he says that this is not the first time such an ordinance has been proposed.

“Ten years ago it was proposed,” Rubin said. “Some members of the Urban Forest Task Force at the time… wanted to include all the public trees and private trees together in a comprehensive ordinance.”

This comes with a level of frustration for some who have worked towards expanding the protections. Grace Phillips, chair of the Urban Forest Task Force (UFTF), voiced issues with the slow process.

“We’re just a task force, which means we are purely advisory,” Phillips said, “and we have now advised the City [to adopt such changes] three or four times.”

Phillips says that the UFTF has pushed for Santa Monica to adopt similar protections to those in the city of Pasadena, which she says are visibly successful in urban canopy studies of the area.

“Pasadena has gone up by 9 percent and [Santa Monica] has gone down by 15 percent,” Phillips said.

Property development in Santa Monica is largely to blame according to Phillips.

“What developers are doing now is they’re buying old houses and scraping the lot from corner to corner,” Phillips said. “If the City of Santa Monica had a Pasadena-like ordinance… they would only be able to scrape the building.”

In many of these cases, Phillips says, the developers eventually need to plant new trees, having not been aware of the value of preexisting mature trees.

Now that there is tangible evidence from the March 2017 canopy study in Los Angeles County, evidence which backs up the UTFT’s claims, the slow moving process has become more daunting for Phillips.

“[The numbers] said what we thought they’d say,” Phillips said. “I was really dismayed that that wasn’t enough for Council to get into action.”

While Phillips is not very hopeful that the potential ordinance will come to fruition, some believe that bringing the discussion back to the forefront is a great step forward. Cris Gutierrez, co-chair of Climate Action Santa Monica, is much more optimistic on the topic.

“It’s really in the healthy early stages,” Phillips said. “Jerry [Rubin] wisely went to the Task Force on the Environment to give them a heads up that this is where he and the community members would like to advance our urban tree considerations.”

While no official actions have yet been taken, Gutierrez believes that moving such an ordinance into discussion is very helpful to the upcoming process.

The possible ordinance will be put on the Task Force on the Environment’s agenda in coming months, but no date has been publicly announced at this time.