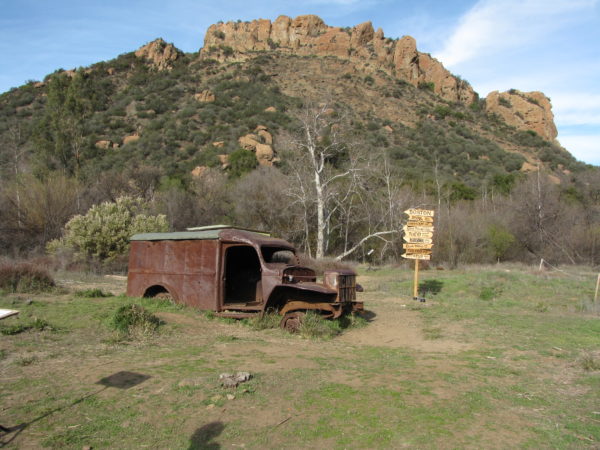 View California’s far-flung 280-unit State Park system either alphabetically or geographically, and you see a resource unparalleled in any other state and hard to match in any nation around the world. There are dune buggy tracks in the deserts and pristine redwood groves near the North Coast. Historic resources from the oldest active Chinese temple in the West to the Pio Pico House in downtown Los Angeles.

What they have in common is a commitment for preservation by the state and a responsibility for the safety of the more than 60 million persons who use them yearly.

Even before the late June shooting death of a father of two from Irvine while fast asleep in a campground at Malibu Creek State Park near Calabasas, there was reason to question the safety and upkeep of the State Park system.

A reader from Davis wrote this column just after that unsolved murder complaining of “the terror tales about broken bathrooms, broken picnic tables, impassable trails due to fallen trees,” but griped most harshly about “the total lack of security due to the paucity of rangers, particularly overnight.”

It turns out the reader was absolutely correct. For this year, the Parks Department reports, it has 484 peace officer rangers on duty. That’s 72 fewer than in 2012. It’s an average of less than two rangers per park unit, charged with protecting the parks and their visitors 24 hours a day, seven days a week. That’s almost an impossible task.

Months before the murder at Malibu Creek, the rangers’ organization, the Resource Protection Peace Officers Assn., complained online about not having enough people to contend with stabbings, domestic violence, jogger assaults, the occasional high speed chase and, rarely, shootings.

Stopping short of actually admitting it has a safety problem, the Parks Department now says a budget increase it just received will allow expansion of its force to more than 600 peace officer rangers by the end of the fiscal year next summer.

Reported Gloria Sandoval, the department’s deputy director for communications, “California State Parks is actively taking steps to fill 88 vacant peace officer positions,” pointing to a recruiting campaign launched in April aiming to hire those 88 and another 54 authorized in the new budget. “That would be 626 peace officer positions authorized and expected to be filled by the end of the current budget year.”

This would still be less than three rangers per park unit. When some parks expand to populations of 8,000 or more on holiday weekends, the parks can’t provide anything like comprehensive patrols and protection.

But that’s probably inevitable for this stepchild of a state agency, one with enormous responsibilities but very few funds to carry them out. That status is one reason the department depends heavily on volunteer campground hosts in full-fledged state parks and volunteer park hosts in many other locations.

Says the Parks Department website, “Volunteer host positions are available in over 100 parks. Host duties vary according to each park but generally include providing visitor information, staffing visitor centers and museums, maintenance projects and general housekeeping. Most hosts work approximately 20 hours a week and, in exchange for those services, the hosts are provided with a campsite during their stay.”

That’s a lot of benefits to the state and its park users for no money at all.

The volunteers are not equipped to maintain park facilities from picnic tables to restrooms. So as budgets shrank during the recession and afterward, some parks became decrepit, almost derelict. Not the best way to present California to its millions of visitors.

The Parks Department insists it has now begun fighting its way back, with a budget almost $200 million higher than six years ago at recession’s end. That and the increased user fees called for in the same budget should see fresh paint and smoother plumbing in many places.

But the number of peace officer rangers remains woefully adequate, even if all open positions are filled this year.