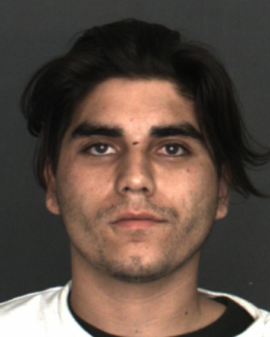 The Santa Monica Police Department (SMPD) has identified a man in a shooting incident on the Santa Monica Pier on August 23 and the suspect has been charged with attempted murder by the Los Angeles Country District Attorney’s Office.

“The suspect has been identified as Ivan Galiano, a 20-year-old male from Rancho Cucamonga, CA. Galiano is currently on Los Angeles County formal probation for weapons and drug offenses,” read a SMPD press release.

At 6:05 a.m. on Thursday, August 23, a fisherman at the west end of the Santa Monica pier contacted a Harbor Gaurd to report that there was an individual needing medical attention. A female with a single gunshot wound in her thigh area was found. SMPD detectives responded to the scene and began to question the victim.

“The victim reported getting into an altercation with an unknown male (accompanied by female companion) who shot the victim then left the scene,” the press release reads.

Through the course of their investigation, SMPD Detectives were able to identify Galiano as the suspect. Galiano had already been taken into custody twelve hours earlier, for an unrelated crime, by the Upland Police Department. At the time of his identification by the SMPD for the pier shooting incident, Galiano was on Los Angeles County formal probation for weapons and drug offenses.

After being identified by the SMPD, the Los Angeles Country District Attorney’s Office charged Galiano with Attempted Murder, Assualt with a Deadly Weapon (firearm) and Felon in Possession of a Handgun. The suspect remains in custody with the San Bernardino Country Sheriff’s Department until he is transferred to the Los Angeles County Sheriff’s Department.

Law enforcement is still investigating the case, and anybody with additional information is encouraged to call Detective Richard Elias at (310) 438-8943 or Sergeant Chris Skogh at (310) 458-8992.