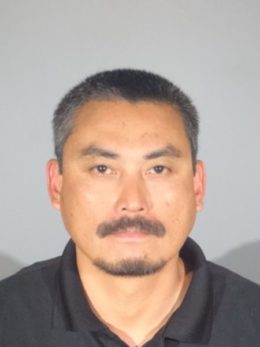 A Los Angeles man has been found guilty in the 2017 murder of an 18-year old Santa Monica High School graduate and now faces a potential life sentence.

On Tuesday, August 21 Deputy District Attorney Keri Modder announced that a 43-year-old Los Angeles man named Sherwin Mendoza Espinosa was found guilty by a jury in the murder of Juan Castillo on February 26, 2017. The jury found Espinosa guilty of one count of second-degree murder (an unpremeditated killing) and also found true the allegation that Espinosa used a handgun in the murder.

Sentencing is set to begin on October 12, in Department W82 of the Los Angeles County Superior Court, Airport Branch. Espinosa is facing 40 years to life in state prison. According to the District Attorney’s Office, this hearing will take no more than one day.

Castillo, who played football at Santa Monica High School and graduated in 2016,  was found shortly after 5 a.m. on February 26, 2017, on the 1300 block of 16th Street in Santa Monica with a single gunshot wound to the head. The Santa Monica Police Department (SMPD) have linked the murder to another murder that occurred earlier that night at 12:45 a.m. that took place on the 2100 block of Pico Boulevard.

“Through an extensive and thorough investigation conducted by the Santa Monica Police Department, it was determined that Juan Castillo’s death was related to an earlier shooting that occurred,” reads an SMPD press release from August 22.

The SMPD arrested Mendoza on May 19, 2017, after several months of investigating.

The Los Angeles District Attorney’s Office and some local news outlets initially reported that Espinosa was from Santa Monica. However, Ricardo Santiago, a Public Information Officer for the D.A.’s Office told the Santa Monica Mirror that Espinosa is in fact from Los Angeles and that the online press-release inaccurate.