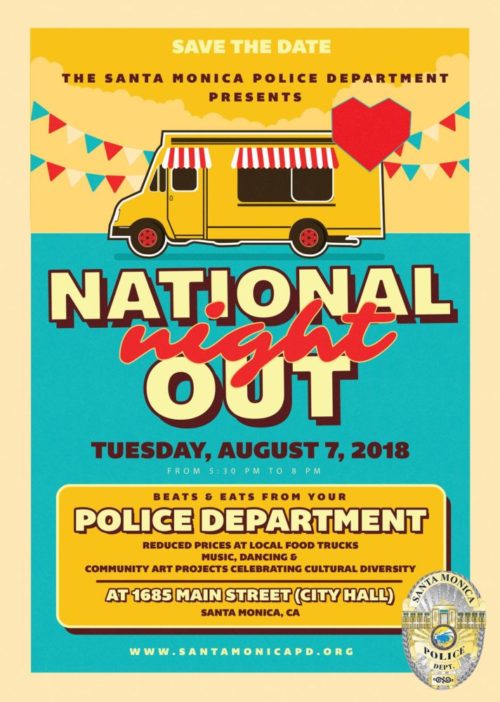 The event is intended to build police-community relationships and bolster civic camaraderie to make neighborhoods safer and better places to live. In past years, the event has attracted more than 1,000 people and tonight looks to be just as popular. There will be reduced-priced food trucks, music, dancing and community art projects to celebrate community diversity.

For more information about the event, visit www.santamonica.com/event/national-night-out-2/