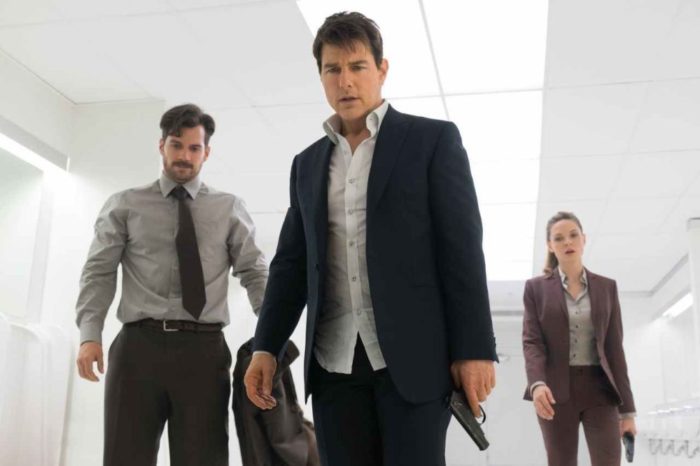 Light the fuse with Ethan Hunt in this action thriller.

“Mission Impossible – Fallout”, the sixth film in the franchise is the best one yet!

Two years after destroying the Syndicate cartel in Rogue Nation, Ethan Hunt (Tom Cruise who gets better and better as an action hero in every film) learns that the surviving enemy agents known as the Apostles by terrorist Solomon Lane (Sean Harris in a delicious bad guy role) have amassed enough plutonium to destroy a major city.

To thwart Lane’s plans, Hunt assembles his team of agents that include Luther, Benji, Ilsa (Ving Rhames, Simon Pegg and Rebecca Ferguson who have grown into their roles) and new-comer, no-nonsense, CIA agent August Walker (Henry Cavill, who has one of the most impressive fight scenes in action film history.).

Appearances by Alec Baldwin and Michelle Monaghan add to the film, but sadly Jeremy Renner is absent in this one.

Director Christopher McQuarrie excels at keeping the action and suspense rapid fire from a taut, well-written screenplay, plus the crowd pleaser in Cruise himself.

Not only did Cruise spend 18 months learning how to fly a helicopter, but the impressive aerial chase is all him as well as performing a HALO (High Altitude, Low Opening) jump, a high-speed, motorcycle chase through the Champs-Elysees avoiding on-coming rush hour traffic and an incredible, rooftop jump where he actually broke his ankle doing the stunt.

Your mission, should you accept it, is to see the best movie of the summer.