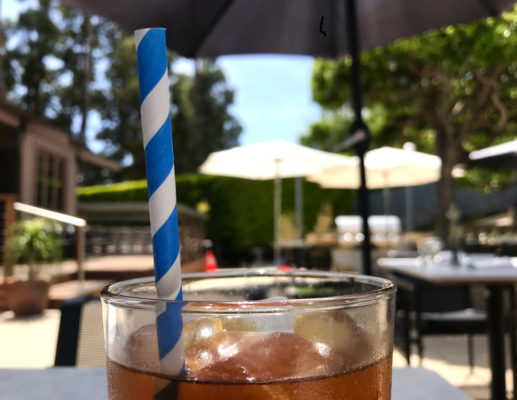 Santa Monica became one of the first cities in the country to ban single-use plastics on Tuesday when Santa Monica City Council approved an update to the City’s 2007 Nonrecyclable Plastic Food Service Container Ordinance.

Under this revision, as of January 1, 2019, all straws, lids, utensils, plates, trays, containers, cups, bowls, containers, stirrers and lid plugs will be banned in the City for prepared food products. Retail plastics products from grocery stores and other commercial outlets and not impacted under the scope of the Council’s actions.

“As a beach city, single-use plastics pose serious problems for the natural environment, including polluting the ocean and clogging landfills,” said Chief Sustainability Officer Dean Kubani. “With this vote, the City Council ensures that Santa Monica continues to leads on the environment by being one of the first cities to ban all plastic food service ware, including cups and lids. This decision will protect our beaches while also getting us closer to our zero waste goal by 2030.”

Retailers will, however, be allowed to request an exemption to use a single-use plastic product if a viable alternative is not readily available on the market. This exemption would only last one-year. City Staff said at the Council meeting that they expect many requests for exemptions on plastic lids for cold beverages but noted that within the next one-to-two years there would likely be a viable market alternative.

At the Council meeting Tuesday night, over 30 residents and Santa Monica stakeholders spoke in support of the ban. Among these were many members of the Surfrider Foundation and Heal the Bay who wanted the City to go further with the ban and not allow exemptions for single-use plastic alternatives without viable alternatives.

The move to ban plastic products seems to have broad support in Santa Monica. According to a poll conducted by Climate Action Santa Monica, 87 percent of survey responders in the City supported a ban on single-use plastic products. Climate Action Santa Monica reported at the City Council meeting that much of the opposition that came from the nine percent who opposed a ban was over concerns that a ban on plastic straws may impact individuals with disabilities. Santa Monica’s ban, to address this, will include an exemption to accommodate individuals with disabilities, allowing restaurants to keep a supply of single-use plastic products for these customers.