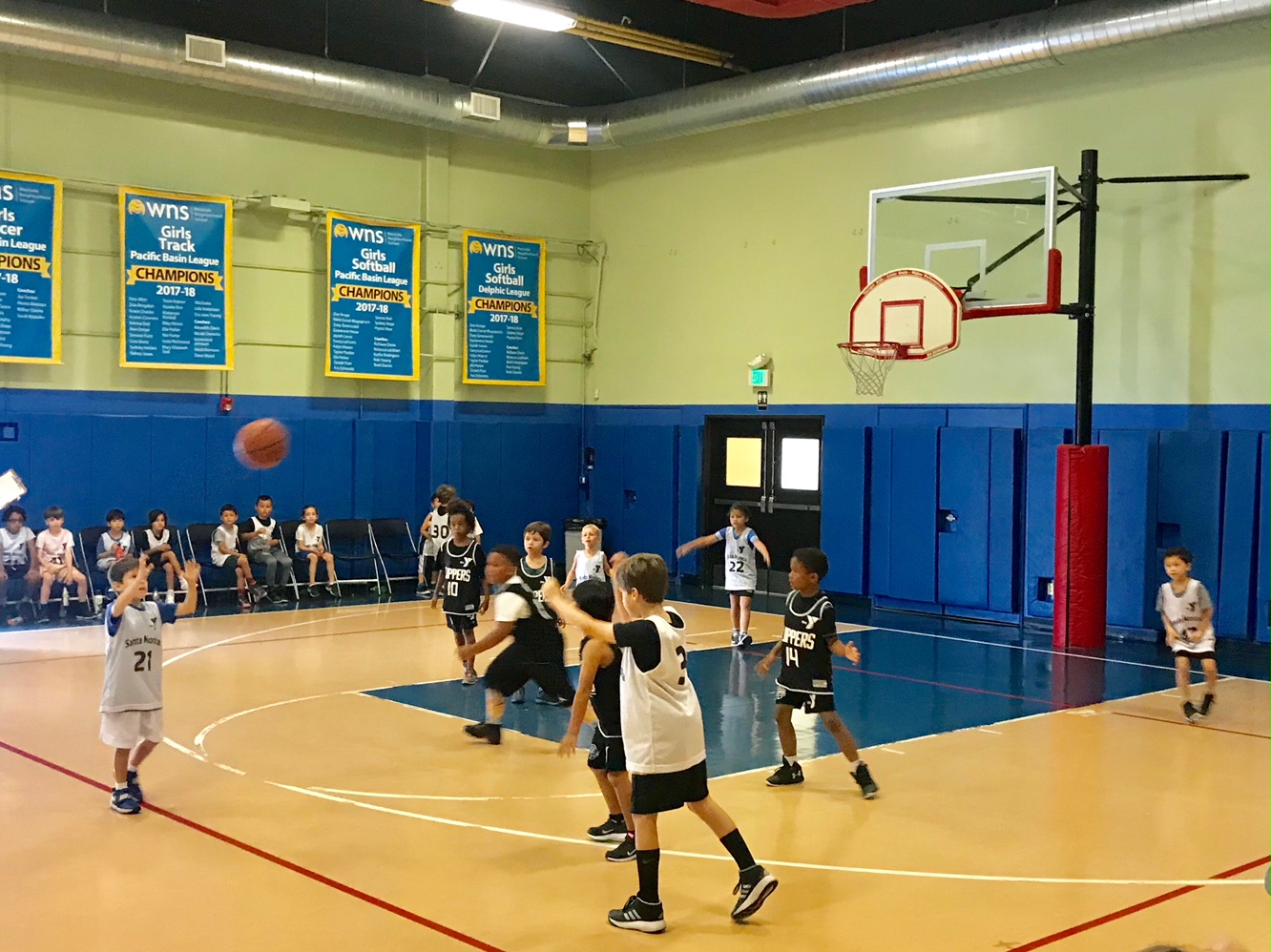 Girl power comes to rescue in 25-10 victory over Culver-Palms.

This past weekend all four of the youth basketball teams representing the Santa Monica YMCA won their games in the Culver-Palms YMCA summer league, in each of their divisions.

The U7 Santa Monica YMCA Stars basketball team had the challenge last weekend of taking on the only other undefeated team in their division, the Culver-Palms team #3.

In this battle of undefeated teams, it was the Stars who emerged victorious, making 70 percent of their free throws on the way to a 25-10 victory.

“Most of the Stars rebounds were on the offensive end, as a result of their tenacity to chase down the ball, and to employ excellent boxing out skills to secure rebounds,” said Coaches Paul Drew and Peter Brown. “The Stars once again displayed great distribution of the ball with multiple players recording an assist in the box score.”

The Stars had a dominant first quarter, jumping out to an 8-0 lead, but Culver-Palms started to get their groove on, slowing down the Stars in the second quarter. After halftime, the score was 10-2 in favor of the Stars, but Culver-Palms started making a comeback despite missing a couple of their top players. By the end of the third, the score was 15-8

“Everyone was getting nervous, and we needed help,” Coach Drew and Coach Brown said. “That help came in the form of Girl Power, with our two young female players taking over the game.”

Bella Kariger and Monika Diaz not only stifled the best dribblers on the other team but also dribbled and drove the ball aggressively to the hoop with no fear drawing fouls, and then proceeded to make their free throws. Their play helped the Stars pull away to a resounding 25-10 victory.

As a team, the Stars made a remarkable 7 out of 10 free throws, which is an incredibly high percentage at this age level.

“It’s such a great pleasure to have all these kids to coach. They are what makes this team so much fun to watch,” Coach Drew and Coach Brown said. “As we tell these young players, it’s not about winning, it’s about them enjoying the game and developing their skills and team play,” Coaches Paul Drew and Peter Brown said.

Registration for the Fall YMCA youth basketball is currently under way. The league is skills based with four divisions of Rookie, Bantam, Minors, and Majors. The league is recreational for ages 5 to 14. Sign up can be done by emailing ysports@ymcasm.org or in person at the Santa Monica YMCA.