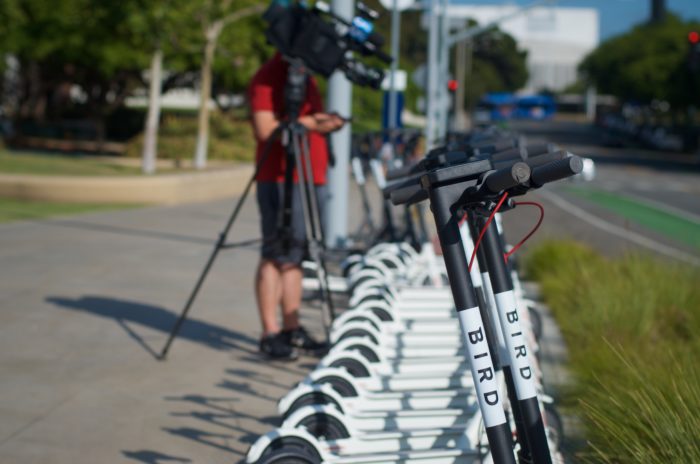 One of my clients bought a house in Malibu, and (before hiring me as their architect) started a major remodel project without first obtaining a building permit. The interior of the house was completely gutted, and the roof, previously held up by interior walls, was left leaning on rickety makeshift supports hastily nailed in place. A small ground shake could bring everything down. The house was a hazard to anyone in the house, and to any passerby.

A passing building inspector, alerted to the pile of construction debris outside, immediately red-tagged the house. This forced the owners to pursue a proper building permit, followed by site visits carried out by alert building-and-safety inspectors. The system, in this case, worked, and prevented harm to the owner, the builders and the neighbors.

Our government system is set up, for the most part, to protect individuals and the public from unnecessary dangers. We have administrative systems in place that are designed to detect dangerous violations, and forestall damaging events. One might debate the actual effectiveness of such systems, but their intent cannot be disputed.

What makes protective laws effective? The police powers of the state. This means that if a building inspector lawfully shuts down a construction site, the City has the power, by law, to penalize a builder (or owner) that refuses to comply.

Our City can enforce these kinds of laws because the number of potential violations is, normally, relatively small, and the City has the means to address them more or less effectively. But what if the number of scofflaws becomes massive enough to overwhelm the City’s resources?

That is the genius, and danger, of an increasing number of tech-based businesses now appearing in our midst. For years the central focus of many technology firms was the disruption of traditional ways of doing business. These firms exploited flaws and inefficiencies in the business operations of many companies to offer fast, efficient substitutes that would appeal to companies and users alike. Their success made them, in turn, the new behemoths of business. Think of Apple’s “1984” advertisement introducing the then-new Macintosh, in which the target was large, slow and inefficient IBM.

Today the focus of many firms has moved from disrupting business to disrupting government. They can offer products with wide appeal, and then provide them in large numbers that overwhelm the ability of cities to govern their lawful use. The amount of data generated by the massive number of users then becomes an asset that helps these companies raise billions of dollars in speculative investment. All of this makes them formidable challengers to the rule of law, and to the ability of municipalities to enforce their codes. A quick visit to downtown Santa Monica will immediately show the challenge our City is facing with the electric scooters, for example. And, although the city’s efforts last week to ticket scooter riders who break the law was a good first step, it was too small an effort to yield long-term results.

This is not an argument against electric scooters. They can play an extremely important, helpful and desirable role in our community–as long as they are used lawfully and without harm to others. While the current focus in the media is on the new electric scooters, those are of least concern compared to what is appearing on the horizon. Autonomous cars (with no clear chain of liability in case of accidents), drone shipments over private property, massive invasions of our daily privacy (without our knowledge) and many more–all are in the planning stages. With enough speculative support by get-rich-quick investors and willing cooperation by individuals on the ground who enjoy their products, these companies are on the verge of presenting an insurmountable challenge to the ability of citizens to decide what is allowed in the community, and to governments protecting our public safety.

Our community must decide whether our laws will be determined by citizens acting through public government, or by private corporations. When corporations flout public law to make a profit, the resulting breakdown in order can lead to vigilantism. We already see that now in our city, with numerous reports of people sabotaging electric scooters that are left in illegal places or on private properties.

To be effective, the City’s government cannot limit itself to the old tools of enforcement, because these new companies are too skilled at overwhelming the City’s resources. The City must, instead, be willing to use the very same tools as these organizations to get a handle on situations that can spiral out of control quickly. These new companies use massive quantities of user data to plan their activities and earn returns. The city can demand the same data, on pain of shutdown, to control the behavior of these companies and their users, and indeed, benefit the entire community with ideas and initiatives that are made possible by this data.

It can partner with other cities, facing the same issues, to share information and gather ideas and methods. And it can work closely with citizens and residents to understand the real impact of these products and their providers on the public, for good and bad.

Anti-government sentiment has long been a staple of American culture. Citizens must decide, however, whether the basic functions of our local government should be pushed aside by allowing private corporations to overwhelm its resources, and thwart enforcement of laws on the books. It is one thing to stop a building-permit scofflaw. It is quite another to stand up against a high-tech corporate tsunami, a massive task that can pay big dividends for all.