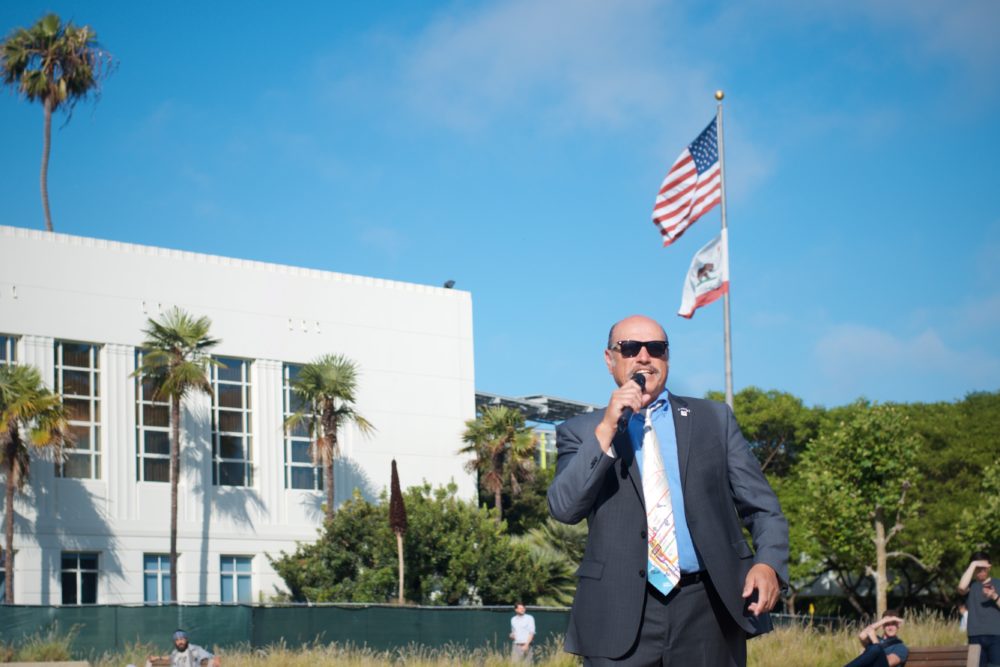 A coalition of voting rights advocates has taken the City of Santa Monica to court, claiming the City’s at-large election system dilutes the Latino vote in City Council elections and is in violation of the California Voting Rights Act.

The outcome of this ongoing voting rights lawsuit, Pico Neighborhood Association et al. v. City of Santa Monica, not only will have a lasting impact on the future of elections in the City but has already laid its mark on the upcoming 2018 elections by causing two City Council two candidates to end their bid for office.

“Our decision to not enter the race at this time is based on the uncertainty of the at-large election system for the November 2018 City Council race,” Bransfield and Melkonians wrote.

If the judge presiding over the case, Judge Yvette Palazuelos, rules in the plaintiffs’ favor and states that Santa Monica’s at-large election system dilutes the Latino vote, an injunction or delay could be placed on the election until the City develops a district-based system. Given the chance the election may not occur, Bransfield and Melkonians did not want to invest the time and resources required to mount a successful bid for a seat on Santa Monica City Council.

“On the strong likelihood that the CVRA [California Voting Rights Act] lawsuit will win and the November election will be cancelled, we cannot in good conscience ask for the tremendous level of support and hard work from our Residocracy volunteers that will be required and may be in vain,” Bransfield and Melkonians wrote.

The plaintiffs, composed of the Pico Neighborhood Association, Maria Loya and Advocates for Malibu Public Schools, led by attorney Milton C. Grimes of the Law Offices of Milton C. Grimes, argue that the adoption of Santa Monica’s at-large election system in 1946 was intended to prevent non-Anglo Santa Monicans from winning elections and contend that this effect still exists today.

The suit contends that since the adoption of the City of Santa Monica’s at-large election system in 1946, only one Latino candidate has won an election for City Council and that this candidate, City Councilmember Tony Vazquez, was not a resident of the heavily Latino populated Pico neighborhood.

The City’s defense, led by Gibson, Dunn & Crutch, a global law firm who has represented companies including Apple, Inc., Chevron and Walmart in the past and individuals including Mark Zuckerberg and Chris Christie, counter by saying that Latino Councilmember Tony Vazquez is one out of seven councilmembers. This makes City Council 14.3 percent Latino, which is slightly greater than the 13.1 percent of Santa Monica’s 89,736 residents who are Hispanic or Latino.

Defense attorneys further argue that districts would not enhance Latino voting power, to begin with.

“There is no alternative that will enhance Latino voting power,” the defense wrote in their opening statement presentation. “In the absence of vote dilution, imposition of districts would amount to racial gerrymandering without a compelling state interest.”

In court this week, the plaintiffs pointed to a poll conducted by Johnathan Brown, a political pollster with Sextant Strategies & Research, showing that 54 percent of voters surveyed in Santa Monica supported adopting district-based elections. According to the poll, 30 percent opposed district elections and 16 percent had no opinion.

Defense attorney Michelle Marycott, however, argued that Brown’s poll questions were intended to sway survey subjects to support the plaintiff’s point of view. During cross-examination of the pollster, Maryott highlighted a segment of one of the survey questions which reads “Some who want to change to by-district voting say the current citywide election dilute the voices of minority voters.”

After reading this, Maryott asked Brown if he saw the underlying bias in this question. Brown acknowledged that there was bias in the question due to the nature of the question and the survey.

“These are portrayed as reasons why people would support a change or oppose a change. They are by their nature intended to be persuasive,” Brown said.

The trial, which may last up to six weeks, will continue again on Monday.