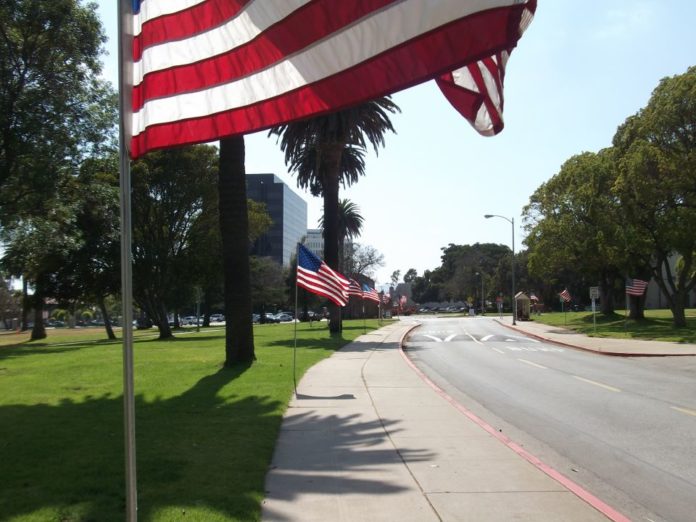 Up to 100 units of temporary housing coming soon to the West Los Angeles VA.

Homeless veterans in Santa Monica will soon have a place to live while waiting for permanent housing with the opening of a Bridge Housing facility on the West Los Angeles VA campus. This will be the first bridge housing facility to open on the Westside.

“None of us should be able to sleep at night as long as a veteran is sleeping on a sidewalk or under a bridge,” said Councilmember Mike Bonin who represents West L.A. “Veterans have suffered from generations of broken promises. Bridge housing at the VA represents positive changes being made. This partnership is a down payment on the housing and services the local VA is going to deliver.”

“I’m happy to be keeping our promise to the many veterans experiencing homelessness by taking this first step and building bridge housing on the VA campus in Brentwood,” said Los Angles County Supervisor Sheila Kuehl. “Last year, the Homeless Count showed that we had reduced veteran homelessness by 18 percent. One neighborhood at a time, one veteran at a time, we are working to ensure that every vet in the County has a place to call home.”

This Bridge Housing facility will be temporary —  and not to be visible from the exterior of the campus — as the VA constructs out its Draft Master Plan, which will provide 1200 units of permanent supportive housing on the campus.

“Building 1,200 units of Permanent Supportive Housing through the Draft Master takes time and there are homeless Veterans who need services now,” said Heidi Marston, Director of Community Engagement and Reintegration at the West Los Angeles VA. “It will take all of us to end Veteran homelessness and Temporary Bridge Housing for our Veterans in need will bring us one step closer,”

The VA bridge housing site will include two tension membrane structures in addition to modular trailers to provide space for sleeping, supportive services and personal hygiene. The construction is expected to cost $5 million. Bonin introduced legislation on September 25 that would allocate the City funds and direct the department to begin work. Kuehl is epected to introduce legislation to allocate the County funds in the coming week.

The facility is part of Mayor Eric Garcetti’s “A Bridge Home” proposal, which calls for a number of bridge housing sites in each of the L.A.’s 15 council districts.

“A Bridge Home is about getting homeless Angelenos off the streets as quickly as possible on their way to permanent housing — and I am grateful to all of my Council colleagues for stepping up to meet this challenge,” said Mayor Garcetti.

Bonin applauded the effort of the local residents in supporting the City and County’s effort to house homeless veterans in the VA campus. Unlike the bridge housing project planned in Venice at the MTA lot, the VA bridge housing facility was met with wide-ranging support.

“Residents of Brentwood and West LA believe strongly that we must keep our commitment to our veterans, and that land deeded specifically for veterans is the right place to do it,” Bonin said. “Local homeowners associations are eager to be strong, supportive partners to these efforts, and I am inspired and honored by their partnership.”

The City of Los Angeles opened its first bridge housing facility in downtown L.A. earlier this month. Bonin has porposed a second Westside location, in Venice, an area with one of the largest unsheltered homeless populations in the city.

For more information about the Bridge Home initiative,  visit www.lamayor.org/ABridgeHome.