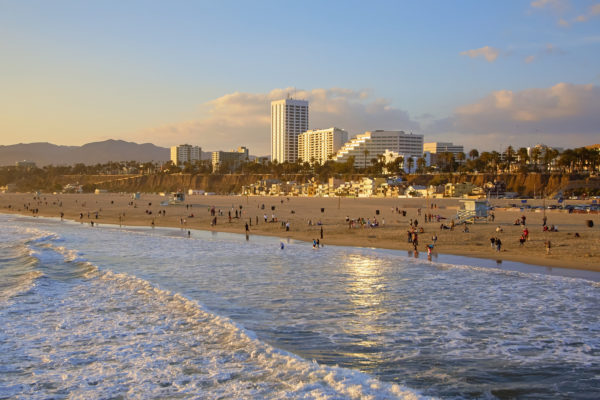 I was lamenting the turn our beach town has taken in the last few years. Sadly, not for the better. Crime is up significantly. Homelessness seems to have increased, and from reading various comments made on local social media and news sources, has produced a more violent group within. And the freeze frame traffic. One wonders and speculates about the root causes of what I would define as the decline in our quality of life.

In ruminating, I recalled that our police vehicles were once blue and white, seemingly representative of a more peaceful beachfront town. Then along comes a decision to change them to a more aggressive urban/authoritarian look and the cars became the large city black & whites. Why the shift? The change occurred about the time the City started re-writing it’s General Plan and LUCE (Land Use Circulation Element), which was also the beginning of the over-development that we are experiencing. But what was the cause of programming this rampant development? Was it the innocence of the poor bull that somehow stumbled into the china shop out of curiosity (i.e., applying the latest textbook design concepts without proper analysis of our unique town) and, suddenly, startled by what it did, tries to get out of its own way only to end up trashing the place? Or was it by design to take a wrecking ball and break everything, with the same intent to apply the latest textbook planning trends regardless of need or specificity of our town. Maybe it is using the wrecking ball with the intent of getting the bull out of the shop. Not a great choice either.

Over-development, especially within the expanded borders of downtown that this council/planning commission has been responsible for, is rampant. Try moving on Lincoln, north of the freeway, with whatever form of multi-model apparatus you choose. It’s not easy. But what can be done to stop the bull from breaking more of the china? The Council and commissions responsible have many members that are deeply, and apparently safely, encapsulated as members, year after year, with incumbency always leaving them with a foot in the door for that re-election probability. And more than one of those sitting Council members were political appointments that then benefited from that incumbency at re-election time. Pure politics.

At least in this November election the residents will have a voice in limiting the number of years council members will be able to serve. And about time, as there are council members sitting right now that have been there for well over twenty years, are in fact on the ballot for yet another four year term, and obviously are a part of the problem in the land speculation and over-development that has caused the decline in our quality of life. Yet, if re-elected their continued approval of high-end, non-family oriented units, will see many more long time residents forced to leave their homes due to increasing rents and the loss of lower income affordable buildings, as smaller structures are torn down to build bigger and bigger. There is something wrong within the system that is allowing this to occur. I do think it’s ironic that some of the council members also live in rent controlled apartments, and wonder what they will do when it is their turn to be displaced from their rent controlled buildings?

For the past five years SMa.r.t. has been analyzing and writing about the development issues that are devouring our town, and questioning the approval of large scale projects by a City Council that cannot seem to see a difference between downtown L.A. and our unique beachfront environment. A council whose members seem to think lining Ocean Ave. and Ocean Front walk with large scale multi-story development is desirable, ignoring the LUCE, zoning limits, and the wishes of the residents, simply changing the rules as they go.

So what can be done to turn this around…in a positive way…with a positive attitude? Well, the November election is just around the corner, and if one makes it their responsibility to register to vote, and go to the polls to vote, and vote for the change that can replace those incumbents on the Council, then we will all have maybe done something positive. A massive amount of development money will likely be put forward in an attempt to block district elections and term limits, and to re-elect two incumbents, and one new member…so be aware, and choose wisely. It really is up to us, the residents, to create the change, as it seems very clear that the current political structure at City Hall is going to keep doing exactly what it has been doing for the last multiple years, and that is the greatest negative we face.