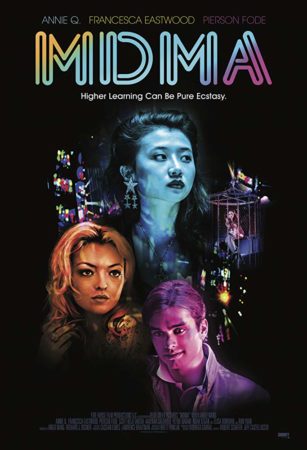 This movie, by first-time writer/director Angie Wang, lacks consistent style, the flow of the story is a bit abrupt and some scenes seem cut short. However, the story is tremendous, heartfelt and gripping and the characters are unique and fascinating. Wang, along with veteran casting director Shana Landsburg, has assembled a cast that will haunt you long after you’ve seen the film.

The film stars Annie Q (from “The Leftovers”) in her first major feature. After the screening, writer/director Wang walked onstage for a discussion and began with a funny, sarcastic remark about her first PTA meeting at her daughter’s school. I knew that instant that Annie Q’s character is in fact that of the director herself. Annie Q becomes the essence of Wang in the film. The actress brings her own persona to the role, yet her body language, manner of speech and facial expressions are decidedly Wang’s. The actors’ performances in this film are raw and real. The director has an extraordinary instinct with actors. Wang noted in the discussion that she knew that she should simply give them the tools and a safe place and let them play.

This film speaks to those who grow up disenfranchised, in an environment that marginalizes their self-respect. That can happen to anyone of any social group or culture. The redeeming quality of our heroine is that she is drawn to helping others who have been through the same trauma. She speaks their language and genuinely wants to help.

Kathryn Whitney Boole has spent most of her life in the entertainment industry, which has been the backdrop for remarkable adventures with extraordinary people.  She is a Talent Manager with Studio Talent Group in Santa Monica and can be reached at kboole@gmail.com.