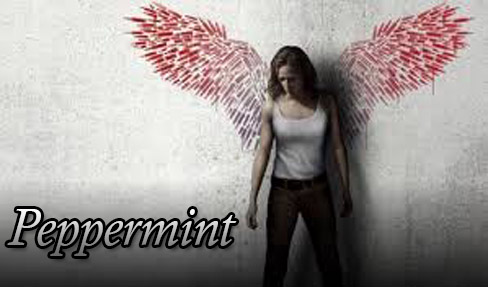 Peppermint is a classic vigilante story with a graphically gruesome, dark and gritty style. Here the hero seeking vengeance is female, played by Jennifer Garner. Garner does an excellent job of channeling the intensity and pain of her role, “Riley North.” Unfortunately the writer and director did not match Garner’s focus in bringing a gripping tale to the screen.

Director Pierre Morel and writer Chad St. John proved they could orchestrate great battles and explosions, and they created intensity and urgency during the last few minutes of the film. However, awkward simplistic dialogue, and a lack of nuanced character development and foreshadowing left the actors carrying most of the burden. Case in point: a police officer pours vodka into his coffee thermos to signify he might have a personality flaw.

Many of the potentially fascinating characters remain caricatures. The denizens of a homeless encampment on Skid Row, key players in the story, are portrayed only as onlookers. The detectives working the case seem to be present just to move the story along. The cartel gangsters are one-dimensionally evil, that’s all – no redeeming qualities, no weaknesses, although they do give great scowls. There are no glimpses into the characters’ heads to understand what drives them. Even Riley North remains a cipher. Where did she come from? What kind of childhood did she have to be able to morph from middle class housewife into battle-scarred soldier-of-vengeance.

A symbol that appears in the homeless encampment epitomizes my frustration with the film. The origins of this image, supposedly full of meaning, were never developed. As the camera zooms in to a dramatic close-up of it, laughter could be heard from the audience. That said, Peppermint is worth seeing to watch Jennifer Garner go wreak havoc on the bad guys.