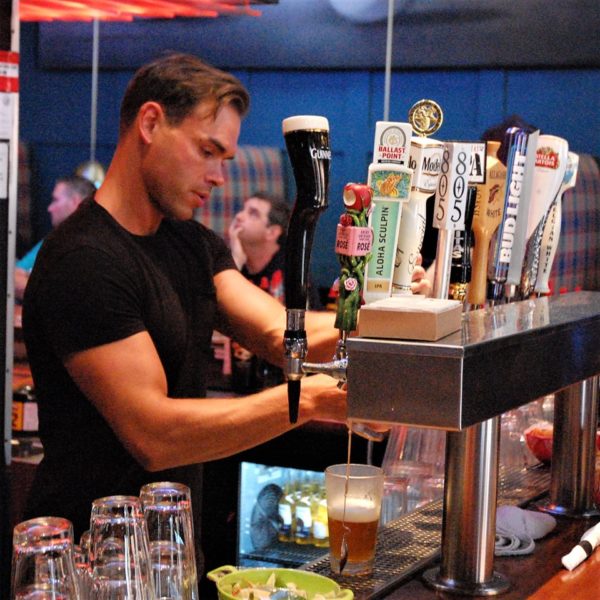 Santa Monica and Los Angeles may have different regulations on the books when it comes to recreational and medical marijuana sales but when it comes to laws surrounding laws another substance, alcohol, bar-hoppers and pub patrons in both these cities know that last call is at 2 a.m. This may soon change, however, under a bill recently passed by the California Legislature which would allow bars to stay open later in Los Angeles, but not Santa Monica.

Senate Bill 905, introduced by State Sen. Scott Wiener, would allow the sale of alcohol to extend from 2 a.m. to 4 a.m. in nine California Cities. Last Thursday, Aug. 30, state legislators approved the bill, sending it to Gov. Jerry Brown for his signature.

Santa Monica Police Department (SMPD) Sergeant Saul Rodriguez told the Santa Monica Mirror if the bill is signed into law by Gov. Brown, the SMPD may see an increase in activity around the border of West Los Angeles and Venice due to a potential uptick in drunk drivers and public intoxication after 4 a.m. In addition, as an organization that ultimately falls under California law, the SMPD has the power to enforce laws outside the Santa Monica.

“At the end of the day we are a state municipality and we govern on State law,” Rodriguez said. “We don’t just have authority in our city, we have state powers meaning we can enforce laws outside of our jurdisticion outside the City of Santa Monica.”

According to a statement released by his office, Sen. Wiener thinks that the extension of alcohol sales, while unnecessary in smaller provinces, is beneficial to bigger cities with nightlife economies.

“When it comes to nightlife, you can’t compare downtown Los Angeles or San Francisco to a small town,” he said. “Local communities should be able to size up their own nightlife needs and decide their own closing time.”

The bill, if passed, would allow the previously mentioned cities to participate in a 5-year pilot program beginning in January 2021. This would allow each city the option to extend alcohol sales in bars, restaurants and nightclubs if the city so chooses. That said, the bill would have no effect on the sale of alcohol in liquor stores, which will still be required to stop serving by 2 a.m.

The strongest voice opposing the bill is that of Los Angeles City Councilmember Paul Koretz. While SB-905 will only extend alcohol sales in the approved cities, Koretz argues that drunk drivers will not be as easily contained.

“No district is an island and it is outrageous to call this a local discretion bill when its impacts will spill over into adjacent jurisdictions,” he said at a press event on August 6. “Only a dumba** would value nightlife over all life and vote YES for this bill.”

In order to gauge the success or failure of the pilot program, each city which chooses to participate will be required to provide a yearly report showing the impact in the city, as stated in the bill.

“The report shall include information on any impact the additional service hours had on crime rates in the city, including arrests for driving under the influence and domestic violence.”

The statement released by Sen. Wiener’s office also provides examples of the various ways that each city could choose to implement the pilot program.

Beyond Koretz, there are many other individuals and groups which have shown opposition to SB-905.

Scott Suckow, executive director of the American Liver Foundation’s Pacific Coast division argued that the nightlife in California is dangerous enough as it is.

“Extending bar closing times to 4:00 a.m. will mean more young people dying in their prime due to this terrible disease,” he said. “California already suffers more alcohol-related harm than any other state –$37.5 billion annually.”

Other groups opposed to the bill include the Los Angeles Drug and Alcohol Policy Alliance, Mothers Against Drunk Driving and the National Liquor Law Enforcement Association.

Gov. Brown has until September 30 to approve the bill.