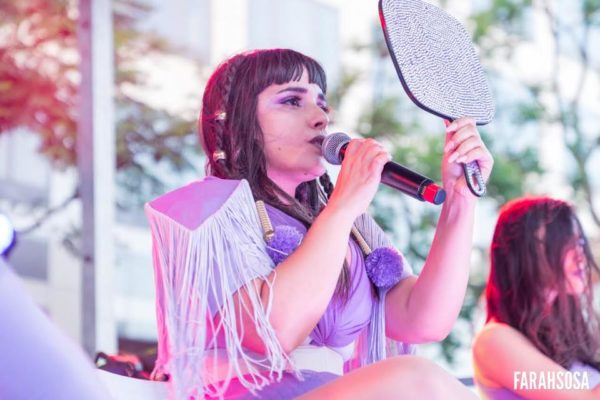 The Pacific Ocean has not been producing many waves for Southern California lately but Pacific Park and the Santa Monica Pier will make some waves tomorrow evening with Latin Waves, the first Twilight on the Pier concert of 2018.

Large crowds in 2017 led the City of Santa Monia and the Santa Monica Pier Corporation to re-imagined the event for this year to take place in the fall in an effort to limit crowd sizes.

On Wednesday, September 5 at 6:30 p.m. the Twilight on the Pier series will kick off with the first concerts of 2018. The theme of the event will be “Latin Waves” and will feature headlining acts of Orquesta Akokán and Jarina De Marco.

Orquesta Akokán, led by Cuban vocalist José “Pepito” Gómez, is a big band collective of some of Cuba’s finest musicians. “Akokán” is a Yoruba word used in Cuba meaning “from the heart” the members of this big band, both young and old, will put on a show that will make you want to dance .Orquesta Akokán will be the first act on the Main Stage Wednesday night. Check out one of their tracks, “Mambo Rapidito”, below.

The second headliner on the Main Stage for Latin Waves is Jarina De Marco, a singer from the Dominican Republic with a backstory as cool as her music. De Marco grew up in remote parts of the Amazonian rainforest, cataloging indigenous rhythms and sounds with her parents, both renowned musicians and musicologists. Her parents were forced to flee the Dominican Republic after performing a protest song against the brutal dictatorship of Joaquín Balaguer and were forced into exile, relocating to Montreal until it was safe to return home.

De Marco’s music, which has been praised by outlets such as Pitchfork and FADER, embodies a multi-ethnic future and transcends categories and borders. She’s is supported by a community of creative and politically left-leaning people and is out to make a difference through her music and art. Listen to one of her tracks, “STFU”, below.

The West End Stage on Wednesday night will feature QUITAPENAS, an Afro-Latin group based out of California. Drawing heavily from the 60s, 70s and 80s music from Angola, Peru, Colombia and Brazil, QUITAPENAS, who’s named translates into “to remove worries”, has one mission according to their website: “to make you dance and leave you without a worry.” Check out their song “La Educacion” below.

The Pacific Park Stage on Wednesday night will also feature the indie/alternative group “Death Bells.” The band, based out of Australia, use infectious guitar melodies to provide listeners a different approach to melancholic music. Listen to their track “Only You” below.

For more information about Latin Waves and the Twilight on the Pier series, visit https://santamonicapier.org/twilight/ and check out their Twilight Spotify Playlist.