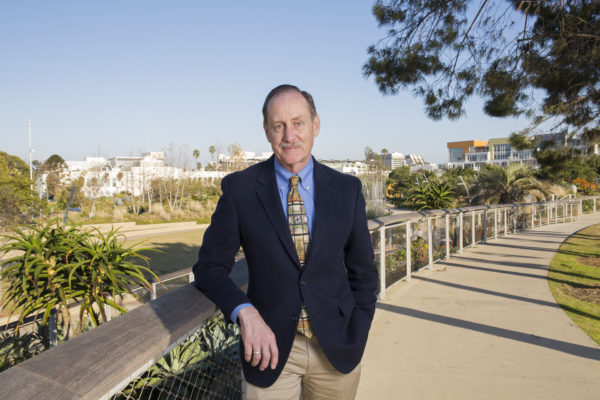 When it comes to assets and liabilities, the City of Santa Monica has one of the strongest balance sheets among the 482 cities in California. We have consistently earned AAA (the highest) rating from all three national bond rating agencies. So it is significant that the challenges facing CalPERS (our state’s public employee retirement system) are so stark that even Santa Monica has real cause for concern.

The nationwide problems with public pensions have frequently been in the news. Yet because the crisis is a long-term, slow-moving one, other issues often divert attention from this serious threat to public services and our future standard of living and quality of life.

In states like New Jersey and Illinois, their dire problems stem from state governments simply failing to adequately fund their annual obligations to keep pension systems solvent. In California it is both a little more complicated and less dire. Yet given that CalPERS is the world’s largest pension fund, the shortfall in current pension assets should be troubling to taxpayers and public workers alike.

During the boom of the ‘90s, CalPERS enjoyed many years of high returns that resulted in what’s called “superfunding.” They actually had collected more money than they were projected to need to pay for the pensions of state and local workers. In retrospect, lawmakers and the governor made a catastrophic miscalculation, based on rosy assumptions of future earnings.

They authorized retroactive increases in pension benefits for some state workers. The vast majority of local governments soon fell into line. Why not? They believed in the now shattered delusion that because of the “superfunding” this would come without cost – and so made no plan to cover those costs.

It was the great recession that clobbered that false sense of security – and of course public pensions weren’t the only ones socked with cold reality. Millions of people nationwide lost their homes to foreclosure and others had their personal retirement accounts slashed. But for CalPERS, which had invested heavily in stocks, real estate and other volatile markets, assets dropped precipitously. Despite nearly ten years of economic recovery, CalPERS is still significantly short of the funds needed to ensure it can meet its long-term promises to government workers.

Reforms have been put in place since the crash in 2008. In 2012, the State passed a landmark law that reduced pension formulas, raised the retirement age and fixed a number of loopholes that had artificially increased pension benefits. But it only applies to workers hired after it went into effect. Under long-standing California court rulings, pension benefits cannot be reduced. That applies not just to benefits already earned – which only seems fair – it also applies to future benefits accruing.  That means in Santa Monica, for example, two thirds of the workforce (those hired before 2012) continue to earn benefits under a system we know was not fiscally sound.

That rule is under court challenge, but for cities like Santa Monica, the reality is stark. The total pension shortfall for Santa Monica is approximately $450 million. I say “approximately” because you will hear different numbers in that range (that’s because the number is recalculated every year based on complicated actuarial assumptions and the actual annual returns CalPERS makes on its existing investments).

In theory, the whole shortfall will be retired in 30 years through increased payments. But in fact, the current estimates might actually underestimate the magnitude of the shortfall if there is another painful recession. Even if the projections are correct, the higher rates CalPERS needs to make up the shortfall will force local governments – including Santa Monica – to make painful choices about public services and employee pay in the years ahead in order to meet their pension obligations.

So Santa Monica is not waiting for Sacramento to tackle this challenge. Last year, we made a $45 million advance payment to CalPERS to chip away at our shortfall, bringing our total advance payments to CalPERS to over $77 million. In Southern California, only Newport Beach has been able to afford to do something similar (although a few cities are setting up investment trusts as an alternative to trusting their additional payments to CalPERS.) We have recently solicited and selected a proposal from specialists in this complicated financial arena to advise us on the most prudent fiscal approach to the problem. The initial results of this study will be available in mid-Fall and will include a spectrum of possible actions to mitigate this problem.

But this issue goes well beyond experts – it affects all of us, especially those who benefit from (and pay for) city services (taxpayers) and those who benefit from and pay into the pension system (city government workers.) As City Manager, I’m responsible for submitting balanced budget recommendations to the City Council. So I’m convening a committee of 11 members to meet to understand, debate and look for answers to this sobering financial challenge. After taking a deep dive into how the pension system is structured and future costs, the committee will advise me about options and priorities for addressing significantly rising pension costs and eliminating or significantly reducing the unfunded liability.

Seven members of the Pension Advisory Committee will be members of the public. Four will represent our workforce — who also have a stake in solutions. It’s clearly important that we look for people with the education and experience to grapple with a half billion dollar challenge – and who represent a variety of backgrounds and perspectives.

There are no easy answers. Still, there is a great opportunity for thoughtful informed analysis of the problem and potential responses. I hope that undertaking such an effort can contribute to rational collaboration to ensure Santa Monica is fiscally sustainable.

If you are interested in serving on the Pension Advisory Committee, visit www.smgov.net/departments/cmo/ for more information and the online application.