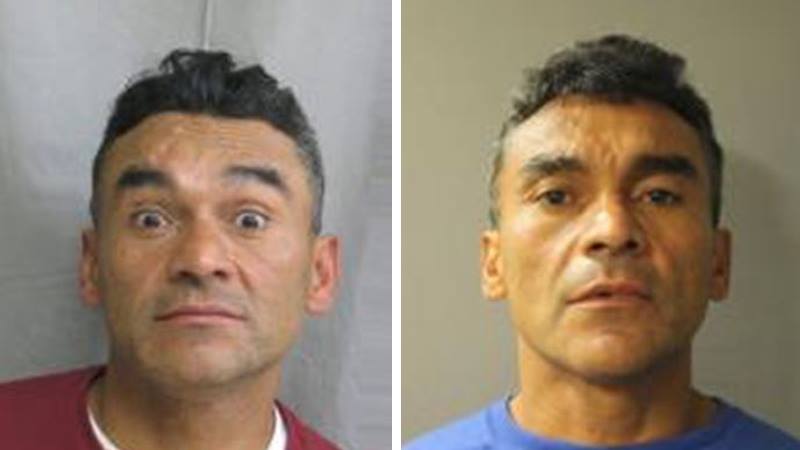 At a press conference Tuesday afternoon, Los Angeles Police Department (LAPD) Captain William Hayes told reporters that the LAPD is looking into whether to classify 47-year old Ramon Escobar as a serial killer.

“We are looking at that,” Hayes said responding to a reporter. “The criteria for a serial killer is three or more victims. Obviously, we have three victims at this point in time, and there are two that are in critical condition that we don’t know their particular status but he is a violent predator, and I will leave it at that.”

On Monday, September 24, at approximately 7 a.m., a male was violently attacked in the area of 7th and Colorado in Santa Monica. The victim remains in critical condition in a coma.

An SMPD officer checking the area around the crime scene observed Ramon Escobar walking on the street.

“That Santa Monica public service officer noticed Ramon Escobar’s distinctive gait and recognized that his physical features and clothing resembled that of the suspect pictured in the crime alert we released,” Hayes said.

In searching Escobar’s car, a 2004 Black Honda CRV, officers found a wooden baseball bat believed to be the murder weapon in the downtown murders. Officers also found a set of bolt cutters while processing the Santa Monica crime scene that is thought to be the weapon in Monday’s attack.

Hayes says that even though all the victims were homeless, after interviewing Escobar, detectives do not believe that he directed the attacks at any specific group.

“It does not appear that it was directed at any specific group. I think it was a crime of opportunity,” Hayes said. “It appears the motive in most of these cases was robbery. Although they were homeless individuals he appears to have been homeless himself and that it appears as he was attempting to gain funds or something from them.”

Escobar’s criminal history includes an unverified five-year stint between 1995 and 2000 in a Texas prison for burglary. In November of 2017, Escobar was arrested by Houston police officers for assault and again in February of 2018 for criminal trespassing. In Tuesday afternoon’s press conference, Hayes said that in addition, Escobar is believed to be a “previously deported felon” from El Salvador.

“Apparently it looks like he applied for asylum and may have been granted it but we are still trying to verify that,” Hayes said.

According to U.S. Immigration and Customs Enforcement (ICE) Escobar has been deported six times since 1988.

The Houston Police Department believes Escobar to be a person of interest in the late August disappearance of his two relatives, Tina and Rajilio Escobar.

“Investigators, because Mr. Escobar lived with those two individuals, believed him to be a person of interest. They interviewed him on August 30 and shortly thereafter it appears as though he fled the state of Texas. From what we can gather, he traveled the Interstate 10 to Los Angeles and what we know now is that he arrived in Los Angeles on September 5,” Hayes said.

Soon after Escobar arrived in Los Angeles, he began the series of assaults. Captain Wendell Shirley, SMPD’s Commanding Officer for the Criminal Investigations Division, says the SMPD believes Escobar to be responsible for a September 8 attack of a victim sleeping around the 1800 block of the Santa Monica Beach, suffering blunt force trauma injuries to the head.

“He was hospitalized and has since been released but has no recollection of the incident,” Shirley said.

Two nights later, another victim was assaulted in the same general area, suffering similar injuries and is currently in a coma. Shirley says that the SMPD also believes Escobar to be responsible for the September 20 Pier murder and Monday’s assault.

“We believe the suspect in custody today is responsible for all four of those incidents,” Shirley said. “I think the people who live, work and visit in Santa Monica and Los Angeles are safer today because this suspect is in custody.”