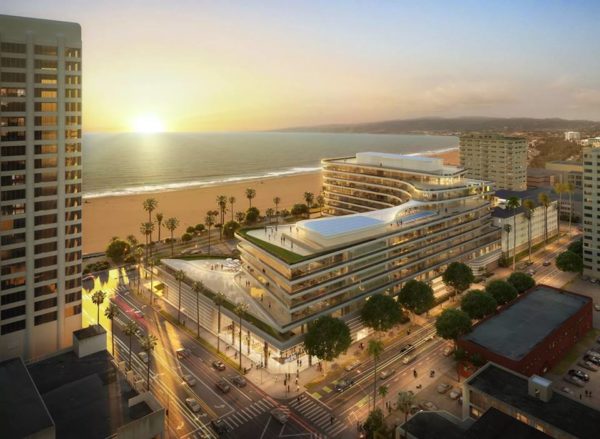 In the coming decades, Santa Monica may start to resemble a sci-fi society, though how that will play out has yet to be seen.

At the September 11 Santa Monica City Council meeting, the staff requested approval to find a team of experts to plan and strategize for the future technological advancements in the city. These efforts began about a year ago, when the council agreed to begin devoting resources to the development of a potential strategy, according to a staff report.

Since September 2017, City Staff have been conducting research and considering different approaches to such a project. Andy Agle, the director of Housing and Economic Development, discussed these steps as well as other ways staff has tried to prepare.

“Including attempting to identify precedents for this effort, which frankly we really didn’t find,” Agle said. “We’re kind of breaking ground on our own here.”

This past year of research has accounted for the first phase of the strategy development. Moving forward to phase two, there would be larger foreseeable issues to tackle. In the past year, staff has identified three major worldwide trends that they believe would have a great impact on Santa Monica. Those would be the integration of artificial intelligence (AI), the increase of user options (in terms of services) and connectivity.

So far one of the most threatening issues foreseen by City Staff is the potential of these advancements in technology to significantly reduce jobs for humans. Councilmember Sue Himmelrich brought up a potential consequence of automating large quantities of currently occupied jobs.

“If you have huge masses of people who aren’t employed, then are we going to be providing opportunities for those people here to do whatever else it is people are doing?” she asked. “You need to be a true visionary to think about it.”

Agle agrees that this is a major concern with these advancements, but that this trend is already becoming apparent.

Himmelrich also specified wanting to keep any strategy broad, as there is no way to predict every way that technology will change in the City. Agle agreed with this, stating that staff wishes to develop a system able to adapt to different changes.

City Manager Rick Cole appears positive about these potential changes and related their potential benefit to the City to the benefits that retail and tourism have had in Santa Monica.

“Those themes turned out to be very fruitful avenues for building prosperity in our community” Cole said. “These seem to have some real potential.”

Rerouting the discussion back to possible visions of the future, Councilmember Kevin McKeown brought up the possible ways that society as a whole could change from such advances.

“The fascinating part of science fiction is not the science,” he said. “It is the exploration and speculation of social impacts of applied technology.”

At this point, all that the staff and proposed team members can do is speculate.

“Let’s face it,” said McKeown. “Not a single one of us [at the Sept. 2017 council meeting] knew that within the next 50 weeks there would be a $2 billion company located in Santa Monica providing electric scooters for rent on our streets.”

McKeown referenced the use of robotic delivery vehicles for restaurants in Berkeley, California, and mentioned issues that such delivery devices potentially could cause in Santa Monica in the future.

Before approving the proposal, Mayor Pro Tem Gleam Davis specified the goal of ensuring that any future developments will not negatively affect individual people or groups.

“We tend to put people last when we talk about things like economic sustainability,” Davis said. “We have all these grandiose plans or strategies or tactics and we start to implement them and then we go ‘oh look there’s this whole group of people we didn’t think about now what are we gonna do with them?’”

Davis also brought up the need to educate citizens of the coming changes so that the transition will be smoother, as opposed to the integration of the e-scooters.

It is impossible for anyone to predict every technological advancement that the future will hold, but of the Council Members present at Tuesday’s meeting, the proposal has been unanimously approved. Staff will now work towards hiring the team of experts, who would be expected to begin working in late 2018 or early 2019.