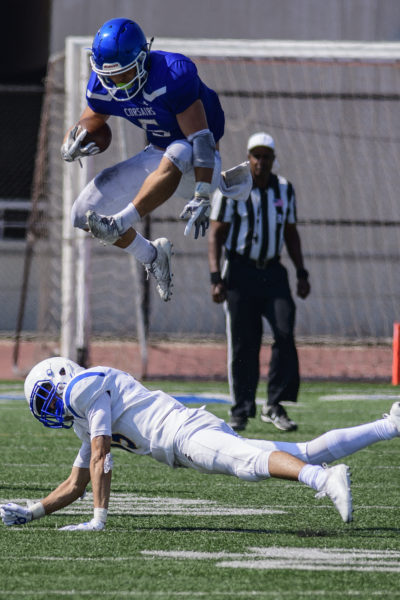 SMC was led by sophomores Christoph Hirota and Paul Davis on the offensive side. Hirota rushed for two touchdowns while catching another, for 3 TDs on the day.  Hirota additionally had a 45-yard touchdown that was called back for a penalty on SMC’s first offensive play of the game.