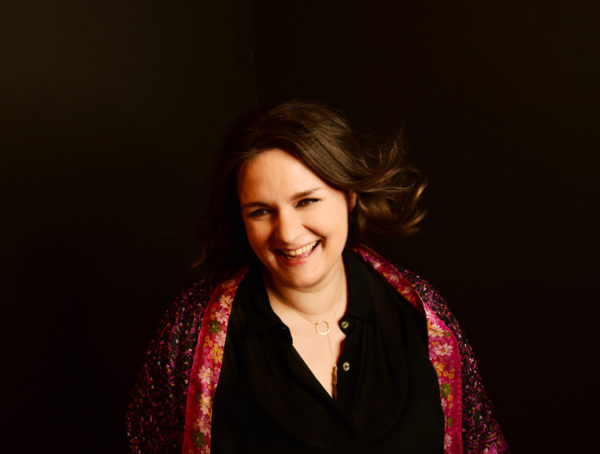 Madeleine Peyroux’s extraordinary journey is one of music industry’s most compelling. Eight albums and 22 years since her debut “Dreamland”, Peyroux continues to challenge the confines of jazz, venturing into the fertile fields of contemporary music with unfading curiosity.

Coming ten years after “Bare Bones”, the singer-songwriter’s previous album of original songs, “Anthem” finds Peyroux wiser with finer articulation powers. Inspired by her idol Leonard Cohen’s ability to “suffer for the work, but still present the listener with just a friendly thought”, Peyroux sends a spiritual but clear message of hope, optimism and resilience in the face of a turbulent reality.

On “Anthem”, the songs balance humor, pathos and irony, while weaving a topical thread throughout. Peyroux paints a picture of the challenges that our times present for someone trying to hold on to their hope, heart and optimism in the world that we now confront.  The new album includes several songs bearing Peyroux’s distinctive, instantly recognizable style, but “Anthem’s” spirit was that of exploring new approaches while knowing “if you are loyal to yourself, there should always be a thread running through your music.”

Produced and co-written by Larry Klein, the album came to life during the pivotal 2016 US elections, with the writers absorbing a constant stream of news over many months. The consciously not too preachy songs, fuse Peyroux’s, at times political outlook, with glimpses into her personal world. Honed and patiently refined with fellow writers they mix the public with the personal, striking that perfect equilibrium of dark humor and compassion.

“Anthem” is her biggest project to date; the artist invested many months of hands-on involvement in the studio exploring processed sounds and editing in post tracking.  Special in that it was written with the group of musicians/writers who also played on it, “this album was about discovering the original songs as they were being recorded” and mastering the courage to “let the songs choose their own path.”

Lily O’Brien writing in San Francisco Classical Voice said, With influences from early jazz, blues, folk, funk, and pop, her music reflects her own, unusual personal journey. When she broke into the spotlight in 1996 with her debut album, Dreamland, her sultry, smoky voice immediately drew comparisons to jazz legend Billie Holiday. On her second album, Careless Love, another eight years [later] her retro, French cabaret arrangement of Leonard Cohen’s song ‘Dance Me to the End of Love’ put her back in the spotlight.

Peyroux was born in Athens, Georgia and raised in Brooklyn, New York.  Her mother sang and played ukulele and bought one for young Madeleine; the two liked to spend time singing and playing together.  Her parents split up when she was around 13, and Peyroux moved to Paris with her mother. “In retrospect, it was a wonderful thing,” says Peyroux, “but at the time I didn’t like being uprooted right after the divorce; I was not happy.” Without a clear plan for her life, Peyroux began busking on the streets of Paris, and at age 16, she dropped out of school to do it fulltime.

“Being given the opportunity to surround myself with people on the street who played music was the key. I could learn from them, and I saw an opportunity to sing,” said Peyroux. “It was Paris that created all this for me. If I had stayed in Bay Ridge, Brooklyn, that would have never happened.”

Peyroux continued, “I have been doing it now for almost 30 years, and I am honored and blessed to share intimacy with people — to just share a moment. Music is an incredibly powerful medium — more so than we probably realize.  It is also an opportunity to grow as a human being, and to continue being self-aware. It’s a form of spiritual searching and discovery and it’s a human interaction. Sometimes you can’t have that kind of interaction in any other context.”

Jazz & Blues at The Broad Stage is made possible by a generous gift from Richard and Lisa Kendall.

By admin September 19, 2018
in Life and Arts, News
Related Posts