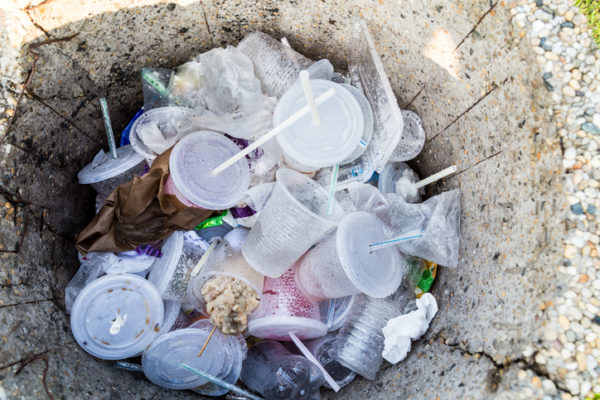 Enjoy sipping on an iced tea or lemonade with a straw? Well soon in California, beverage sippers will have to remember to ask for a straw first.

On August 23, the California Legislature passed a bill that outlaws restaurants from dispensing plastic straws unless requested by customers.

“This bill would prohibit a full-service restaurant, as specified, from providing single-use plastic straws, as defined, to consumers unless requested by the consumer,” reads the bill passed by the lawmakers on the 23rd.

The City of Santa Monica banned plastic straws last month when it became one of the first cities in the country to prohibit all single-use plastics with an update to the City’s 2007 Nonrecyclable Plastic Food Service Container Ordinance. This means that the California straw by request law will have little bearing on Santa Monica since as of January 1, plastic straws will be unavailable in Santa Monica.

The Santa Monica law, however, carves our exemptions for items without a readily viable market alternative. If, therefore, a full-service restaurant asks Santa Monica for an exemption on straws, under this state law they could only give out these straws if requested by a customer.

A full-service restaurant is defined in the bill as an “establishment with the primary business purpose of serving food, where food may be consumed on the premises, and where specified actions are taken by an employee of the establishment.”

University dining halls and order-at-the-counter restaurants like Chipotle and McDonalds do not qualify as “full-service restaurants,” under this definition and are thus are exempt from this law.

The bill states that the first and second violations of the law will result in a notice of violation.  Any subsequent violation will be an infraction punishable by a fine of $25 for each day the restaurant is in continues to violate the law. Fine can exceed an annual total of $300.

The law will be enforced by the same officials who are authorized to enforce the California Retail Food Code.

“By creating a new crime and imposing additional enforcement duties on local health agencies, this bill would impose a state-mandated local program,” the bill reads.

Nothing in this bill prevents local governing bodies from adopting and implementing ordinances that further restrict restaurants from providing single-use plastic straws, as seen with the City of Santa Monica’s recent actions. According to the California Coastal Commission, plastic straws among the top 10 items collected since 1984 in beach cleanups across the state.

The bill, which passed with a 45-20 vote, now goes to Governor Jerry Brown for his signature.