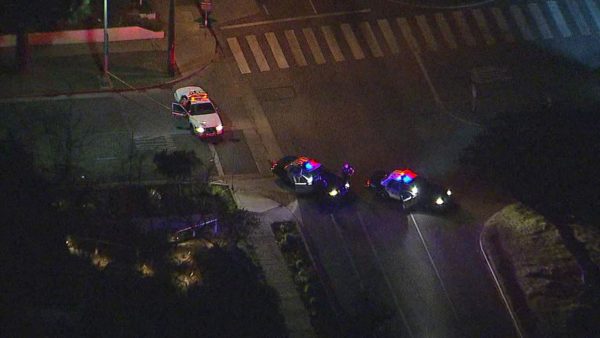 A look into recent crime activity in the City.

Take a stroll down through the Roosevelt Tunnel to Will Rogers State Beach on any given day and there are a few things you will likely see: sunbathing, cyclists and swimmers.

This beach town lifestyle is something that Santa Monica is known for, but with the City’s crime rate steadily rising for the past few years, residents are beginning to have trouble staying laidback.

One Santa Monica resident, Nick, shared a recent experience of his with the Santa Monica Mirror. While taking a swim at Will Rogers State Beach, Nick, like many people going to the beach do, left his belongings on the sand.

“You leave your stuff usually in close sight to go in the water, hopefully, you have a friend to keep an eye on it,” he said. “I didn’t.”

“Basically I went in the water and turned around and just looked up and my bag was gone,” he said. “And then I saw the guy running down to the Roosevelt tunnel.”

Nick is a regular visitor at Will Rogers and often runs there after work and has had to grow accustomed to suspicious activity in the area.

“There’s a lot of vagrants who hang in the tunnel and do drugs,” he said. “The police have a hard time dealing with that there.”

As one of the main access points to the beach for pedestrians, the tunnel is often frequented by families members of the community making their way to the shore.

“It’s a super local beach so everybody kinda knows each other out there a lot of the time,” Nick said. “You can’t leave anything to chance anymore, like you turn around and your stuff is gone.”

While Nick lost a bag of his clothes and car keys, this is only one case in the wave of crime the City has been seeing. Part 1 crimes, classified as property and violent crimes, increased in Santa Monica by 12.5 percent in 2017, with 2016 having increased 5.5 percent from the previous year.

Community members are looking to find the cause, with some groups such as Residocracy Santa Monica placing blame on the opening of the Expo Line in 2016, with some taking to calling it the “Crime Train.”

Lt. Saul Rodriguez of the Santa Monica Police Department says there is no evidence to support that the Expo Line is explicitly responsible for the increase.

“You also have to take into account … in 2016 we also had a bunch of other legislative issues that kicked in as well,” he said, referring to Proposition 47 which would reduce most non-violent felonies into misdemeanors, and AB 109.

“AB 109 was the restructuring of the prison system, where the state system basically put the onus on the county to take care of all of the inmates,” Lt. Rodriguez said. “[The] County didn’t have room so they released a lot of prisoners.”

Whether the Expo Line’s opening has had any significant effect on the crime rate, Rodriguez cannot say.

“We have more criminals out in the street, we’ve decreased the amount of felonies that were in play in the past, we took away a lot the stuff we had to enforce in the past where people may have been imprisoned,” he added. “Not to say jail is the cure-all, but you have more people in the street.”

LA Metro is aware of the speculation sweeping through the community, but it is hard to see any direct connection between the crime rate and the Expo Line, as Metro saw Part 1 crimes drop by nearly 22 percent in July compared to the previous year. That said, Metro is still taking steps to improve.

“We are continuing to make progress in reducing crime activity thanks to our new multi-agency law enforcement partnership,” said Dave Sotero, Communications Manager at Metro. “We have also increased our deployment of Homeless Task Force team members on the Metro system to address displaced persons that have turned to the Metro system and property for alternative shelter.”

It has yet to be seen if the Expo Line has played a significant role in the crime rate increase, but it is quite apparent that the blame does not belong in any one place.