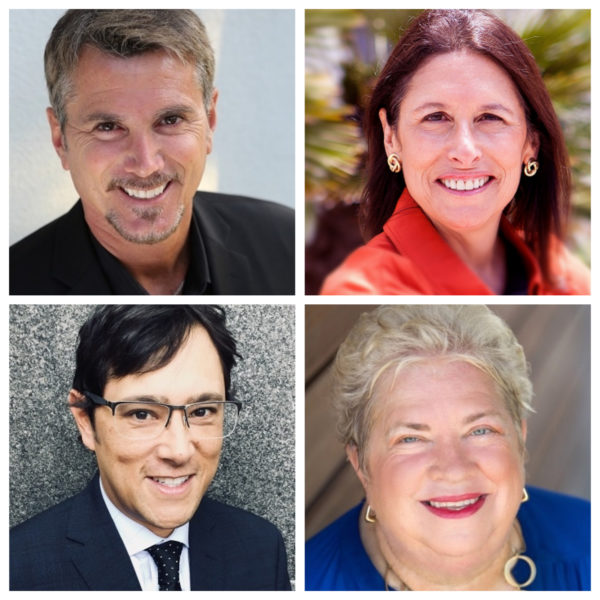 Challengers Scott Bellomo and Geof Neri alongside incumbents Sue Himmelrich and Pam O’Connor wrapped up the second day of the Santa Monica Mirror’s 2018 Election online video forum. Each of these candidates sat down with Mirror Editor Sam Catanzaro for a one-on-one live video interview, covering topics from crime and homelessness to election fairness to term limits.

Challenger Scott Bellomo, a long time Santa Monica resident, began the day by touting his commitment to crack down on crime if elected to City Council. Bellomo’s catalyst for getting into the race, was when he and his son were assaulted by a “deranged” person outside Vons on Broadway and 7th in Santa Monica.

“The City has been pretty negligent in addressing the impact of crime. This is a businesses issue, a resident issue, a tourism issue, so it affects all areas of the City. Specifically, the Council needs to empower the police chief,” Bellomo said. “We are going to start enforcing the laws that are on the books so that a business does not have to worry about their customers being attacked.”

Incumbent Sue Himmelrich, an attorney who has lived in Santa Monica for 26 years and has served on City Council since 2014, was second to sit down for an interview. Himmelrich, the only incumbent on City Council to support term limits, spoke in the discussion about her belief that compassion is needed when tackling the issue of homelessness.

“The way that we treat the homeless here and frankly throughout the state and throughout the country is in my mind inhumane,” Himmelrich said. “I understand people feel heavily impacted by homelessness and are very afraid of people who are homeless. I think the first thing people need to understand is that most of the crime in our city is not committed by homeless people.”

Challenger Geoff Neri, a local attorney, was third to come in for an interview said that if elected, he would be tough on crime and enforce all laws.

“My number one priority as both an attorney and as a candidate for office is law and order. Unless you live in a bubble, you know we have a serious problem with law and order. We have a major problem with crime. There’s been three aggravated murders in the City of Santa Monica in the last month,” Neri said.

Incumbent Pam O’Connor, who has served on Santa Monica City Council since 1994, was the final candidate to come in for an interview. O’Connor, who served as mayor twice, spoke out against the idea of term limits, saying they prevent elected officials from attaining leadership roles on county and state boards.

“We already have term limits. That’s the voters,” O’Connor said. “One of the issues about term limits is that it would prevent future Santa Monicians in elected office to achieve any kind of regional leadership, to be able to represent the City at the regional level…it takes a while to get into leadership positions.”