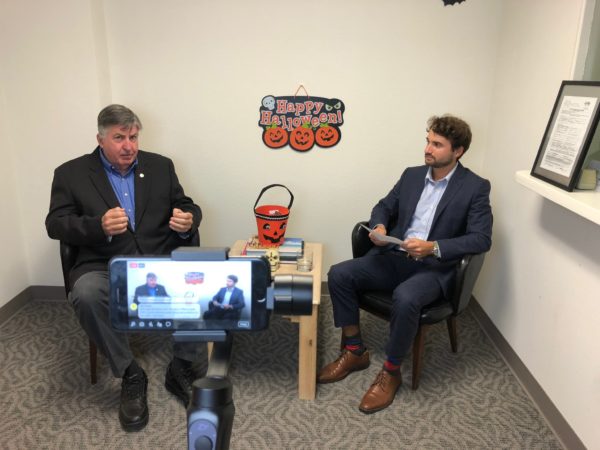 Challengers Ashley Powell and Greg Morena and incumbent Kevin McKeown rounded out the first day of the Santa Monica Mirror’s 2018 Election online video forum. Each of these candidates sat down with Mirror Editor Sam Catanzaro for a one-on-one live video interview, covering topics from development and homelessness to scooters and political contributions.

Ashely Powell, who was born and raised in Santa Monica, started off the day with an interview in which she highlighted her ability to tackle the issue of homelessness facing Santa Monica. Powell, who is a challenger, has 15 years of experience working with the homeless for United in Harmony, where she has served on the Board of Directors since 2014.

“I see the homelessness crisis throughout the City and County and I do believe we need to have more mental health outreach and include more people who are formally homeless,” Powell said in the interview. “There’s a multi-pronged approach to homelessness in treating the different issues of why people are homeless.”

Greg Morena, another challenger, was the second candidate to be interviewed. Morena, who grew up in Santa Monica, has extensive experience in the private sector. In his interview, Morena touted the wide range of interest groups and stakeholders who have endorsed him.

Wrapping up the day was Councilmember Kevin McKeown, the first of three incumbents to sit down for an interview. McKeown, who has served on Santa Monica City Council since 1998 and was Mayor from 2014-2015, was critical in his interview of Measure TL (term limits for councilmembers).

“At the end of 12 years, if someone is serving me as my Councilmember, no matter how happy I was with the job they are doing, I would be prohibited from voting for them,” McKeown said. “If you feel a councilmember has not served you well, go the ballot box and vote for somebody else. We have term limits. They are called elections.”

Be sure to tune into tomorrow, October 10, for the next round of interviews. The schedule is as follows:

The interviews will be streamed live on the Santa Monica Mirror Facebook page at Facebook.com/smmirror. For those who can’t watch live, videos will remain posted on Facebook and online at www.smmirror.com.