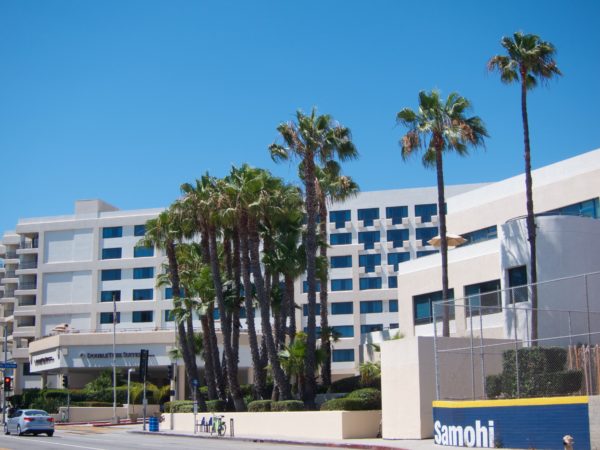 253 room hotel set to be upgraded.

The eight-story building contains 253 rooms, meaning the sale cost Westmont and Square Mile Capital roughly $608,700 per room. In addition, approximately 32,000 square feet of office space and less than ten apartments were included in the sale, according to Square Mile. The sale closed on September 28, according to CoStar.

Square Mile plans on upgrading the hotel, which is currently a DoubleTree Hilton, to a standard Hilton Hotel.

“The property will be upgraded to be reflagged as a Hilton.  Square Mile Capital is not ready to discuss details,” said Rick Matthews Managing Director at strategic communications firm Rubenstein on behalf of Square Mile.

The Santa Monica Mirror has reached out to DoubleTree management asking what the short-term future of the hotel is, but at the time of printing, they have not responded.

The plot of land the hotel resides on is Santa Monica Malibu Unified School District (SMMUSD) property. The Santa Monica Mirror has reached out to both the School District and the City Managers Office asking if the SMMUSD will continue to own the property in light of this sale. Neither office has responded yet.

Whether or not the hotel is on school property could have a significant impact on the future developments to the site. On June 29, Santa Monica City Council approved a motion that will ask voters in November to approve or reject a ballot measure that if passed, would require a supermajority approval by City Council for any projects within either the Land Use and Circulation Element (LUCE) or Downtown Community Plan (DCP) that would exceed the existing height or floor area ratio limits specified in the City’s zoning code. Exempt, however, from this supermajority requirement would be developments on property owned by the SMMUSD.